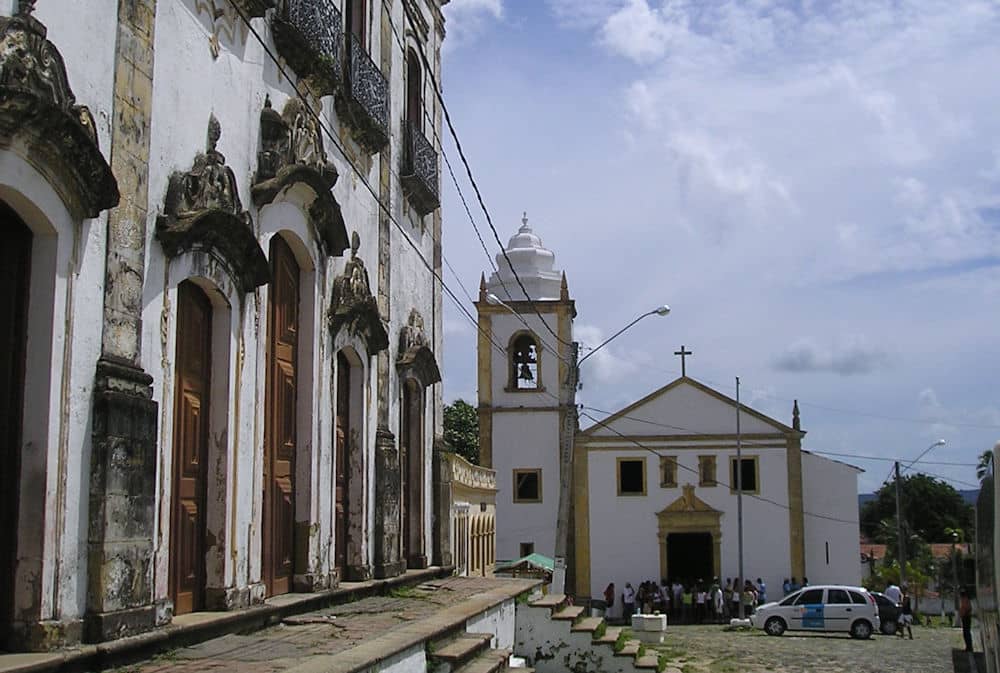 Until a few years ago, beach, in Portugal, was Algarve. Now it is Brazil. Everybody who can afford it goes to the northeast, but I didn’t, in my first visit.

I dreamed with Foz do Iguaçu, and Rio de Janeiro, was mandatory in its way. So, that was the destination of my first trip to Brazil. With a friend in Belo Horizonte, visiting him was the pretext to some days in Minas Gerais. Excellent idea, because all the city of Ouro Preto is marvelous, and Mariana, Congonhas or Tiradentes share the same look and ambiance, that make Portuguese proud of their history. The same applies to Parati, the best option to explore the bay of Angra dos Reis, and, if Buzios is just beach beside beach (maybe a must in summer, only interesting in August), Petrópolis revealed a different look, half Portugal half Switzerland but all Brazil.

​​One week in Recife’s area was the opportunity to visit the northeast. A short visit, but enough to spend some good days in Recife, and to see Maragogi, Olinda, Igarassu, Itamaracá, Porto de Galinhas, and the area around Cabo de Santo Agostinho. My experiences are already described in the relative pages. Be my guest.

“There are not two without three,” says a Portuguese proverb, and I​’m returning from my third visit to Brazil. This time I made a quick trip to São Paulo, and even faster through Campinas, before spending a weekend in Ribeirão Preto for a wedding. On the way back, three days in Salvador, allowed me to add to a city tour, a swim in Morro de São Paulo, Guarajuba and Praia do Forte. Not bad…

It’s quite an experience, crossing a large extension of water, entering the sea, to anchor in a shallow beach crowded of emerging and sinking reefs.

Diving, snorkeling or only bathing is a pleasure shared by hundreds of people, concentrated in a area that, being so large, sometimes seems here and there overcrowded. The protection of the reef and fish is took seriously, but that doesn’t limit the fun. If you go the the northeast, Maragogi it’s a great visit to consider.

Very interesting the three days that we spent in Bahia. Despite some degradation that is slowly being recovered, the city of Salvador is attractive, and its historical center is absolutely unforgettable.
Then … the beaches, always with warm water, and a huge diversity, from the open and beaten sea to the beaches protected by the reefs, with their many natural pools. Time passed quickly …

World heritage for UNESCO, this precious gem of the good old Portuguese times, somewhat out of the regular tourist destinations, clearly justifies a couple of days to visit it..

Ouro Preto, with its hundreds of churches spread along the steep and winding cobbled streets, is no longer a great gold producer, but the hundreds of tons carried to Portugal were te basis of many monuments in Portugal, and we still can feel it walking around.

A couple of days in Foz do Iguaçu, were enough to watch the power of the falls, and the richness of the dense jungle that surrounds it.

Despite demanding an express flight, the unforgettable scenery clearly justifies its costs.

Dramatic images of an almost dry river seen in a magazine, advises to choose well the dates to the visit.

Less known in the touristy circuits, Itamaracá is a very good visit with many interesting details, mixing history, wildlife preservation, and, as expected, excellent beaches.

​Not to be missed!

Brazil is big and diverse, so, there is plenty of choices for everything and everyone.

For the beach lovers, the northeast offer summer all year round. Porto das Galinhas became one of the preferred destinations for the Portuguese and… with good reasons.

​The reefs are great.

I spent a week in Recife, more exactly in Boa Viagem beach.

It was a good idea, because, with the help of a friendly taxi driver, i could visit Porto de Galinhas, Maragogi, Olinda, Itamaracá, Igarassu, and several beaches in Cabo de Santo Agostinho area.

However, Recife after each return and in the free days, had always something different to offer,”shortening” the week.

Located in the bay of Angra dos Reis, Parati is a wonder.

Walking in its irregular cobbled stones, by the colonial houses with typical architecture, is a fabulous dive in the past.

​Nature is luxuriant, and beaches are found for all tastes, some difficult to access but justifying the suffering

My first objective in Brazil, as for everybody else, was Rio de Janeiro.

Well, we weren’t lucky in our visit (lost luggage – wasted time), but I don’t need to say that Rio de Janeiro is an absolute “Must see”.

The couple of short days that we had to see the city were profited to the single second, but  we left with the idea that we needed to return – in local summer, if possible…

A single day available in a city with the size of São Paulo, is a challenge of the highest – fatigue is guaranteed, but the visit of the most interesting points may not be.
Planning is the key here – setting optimized routes, using transportation efficiently, and … walking … a lot.
I fulfilled the whole plan, but Fernanda gave up in the middle of the afternoon, when her legs complained of having passed the 15 km.
It was interesting, and left me a good image of a city that, I must confess, until having to go there had never seduced me.

Back to Brazil page
Whole country, in Brazil
| Tags: To see