You are in: Home » in World » in Europe » in Turkey » in Central Anatolia » in Ankara » A stop in Ankara 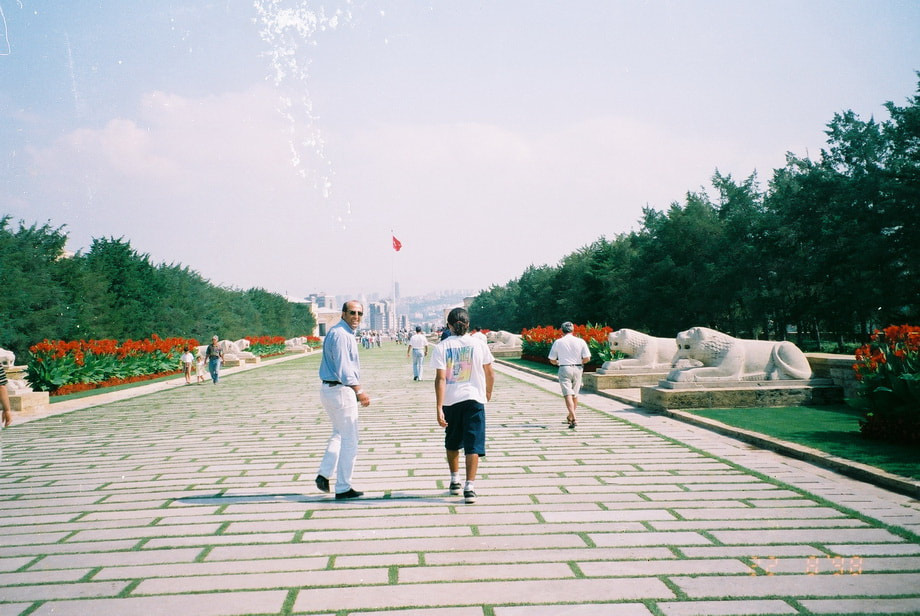 Ankara is a very modern city, in the center of Anatolia. I thought that our stay there was only due to technical reasons, according with distances. That idea was reinforced with the visit of Ataturk tomb, a modern monument that… ok, it’s interesting. From there we went to the museum. Right. In a city with nothing to see, a museum fills the time – I thought. That’s why I almost collapsed when entered the museum.

My god! That’s not a museum. I was in THE museum. All the stones of the first civilizations were there. One dismayed carved stone (the original), stood side by side with a perfect reproduction. And lots of things more that I hardly could see, such was the schock. So, definitively: Ankara is not another stop. Wherever you live, if you have a direct plane to the museum, use it. Or find the best alternative.

Ataturk is the “father” of modern Turkey, which tried to immortalize him in Ankara.

His memorial is a big and austere ensemble, dominating the city. The tribute to the modernity he introduced in the country is respected in the modern lines and conception of the monument, somewhat cold and empty for my taste.

in Ankara
| Tags: To see