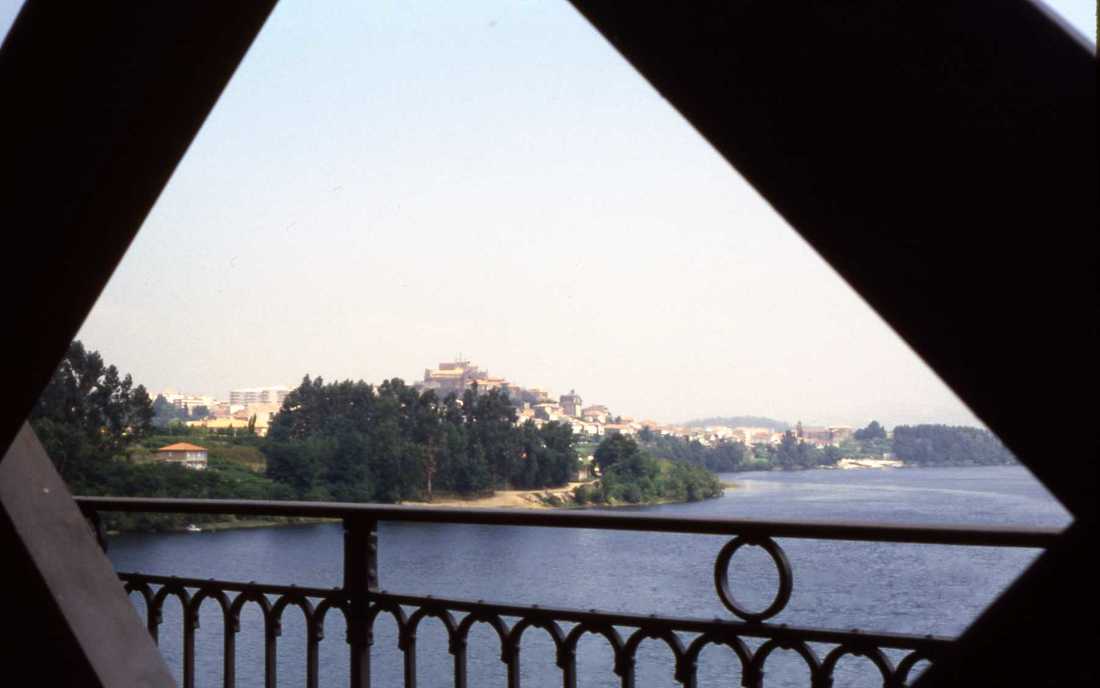 Staying just across the Portuguese northern border, Tui is a city where I passed a couple of times, only seeing the border of the river, and shops lined in the road.

One day, I went to dance in Tui, and, using a break in the program I went out to see the city.

The time was short, but enough to have a general idea.

Generally, the central square in most European small towns concentrate the best that the city has to show.

That is not the case, where the centre is discrete with the highlights dispersed around it.

The cathedral, city hall and other are near, but the dominant image if the square is a band stand.

​And many nice houses around it, we may concede!

In the main avenue, close to the cathedral, there’s a church from the 18th century that exemplifies the typical style of Galicia.

​Granite dominates, and the main door is interesting.

Located by the cathedral the ayuntamiento (city hall) is a nice building with traditional look, but I couldn’t read anything about it.

Maybe the first Gothic temple built in all Iberia, this church comes from the 12th century, initially in Romanic style.

The heavy, crenelated walls, are complemented by delicate details in the later built, main door. It is, no doubt, the most beautiful monument in Tui.
​

One of the most interesting points in Tuy is this small square, in the historic centre, with granite dominating everything, from the surrounding facades to the pavement, with evidence to a cross and its protection.

The burial place of the local nobles, this Gothic church, has as the most distinguishable details two Baroque retables from the 18th century.

​It was part on a convent, disappeared with few remains.

At the entrance of Trancoso gardens, in Paseo de la Corredera there’s a statue known as “Glorieta de Vigo” I don’t know why.

It was made by Juan Oliveira, the creator of a famous statue located in Plaza de España… Vigo.

​That may be the reason, but the real name of the statue is Monument to the Wild Horse.

I don’t think that Tuy is what we may call “a beautiful city”, far from that, but it is better than what I felt in my first visit.

​Descending from Glorieta to the river, there’s a small garden, nice to… breath, and… that’s all.