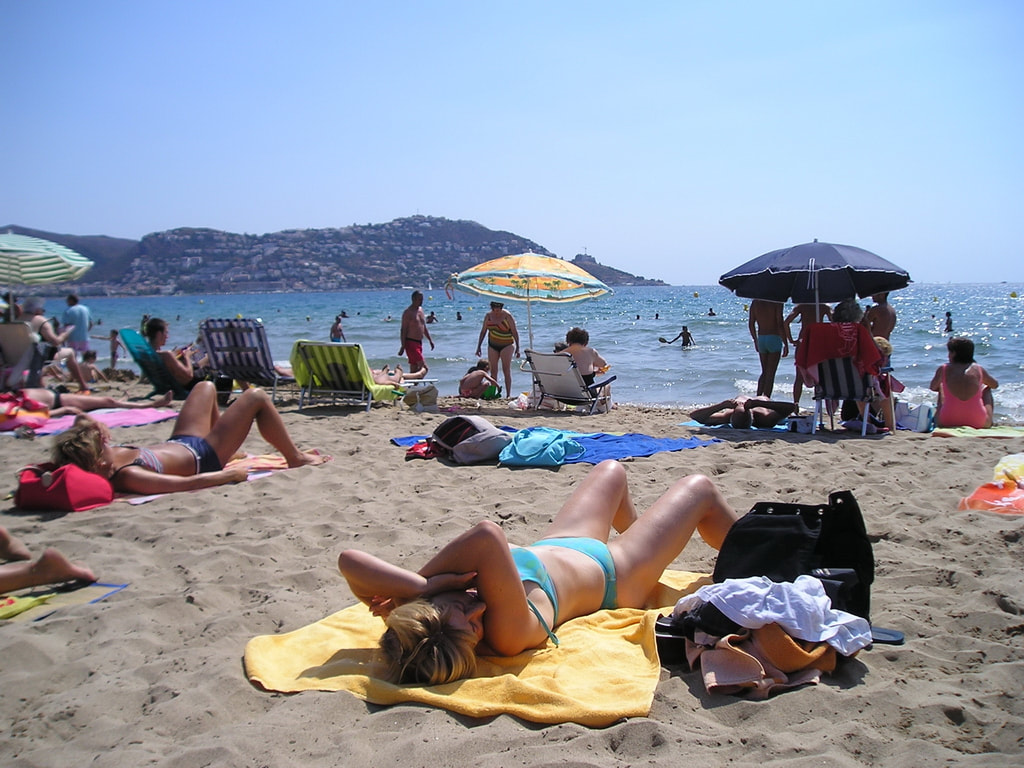 I never knew the existence of a place named Rosas until the day when, In Croatia,  I met a group of Catalans who lived there.

When, in the next week, Fernanda decided to abandon Gavà and to go elsewhere, Rosas was, naturally the first (and last) idea.

We spent there 4 days in a good beach, but never met our Catalan friends.

Rosas has a long coastline, with several beaches. The local Spanish friend we met in Croatia, Irena, was expected to lead us to one of the better beaches.

The meeting failed, and we used the beach close to the hotel – St. Margarita.

​I don’t know if it is one of Irena’s good or bad beach, but I liked it: not too crowded, warm water, soft sand… and dancing at night in a bar under a thunderstorm.

Near Rosas I passed a small town with a nice square, where old walls surrounded a church with an unfinished tower.

​I couldn’t retain the place’s name – Ulla… I presume.