You are in: Home » in World » in Europe » in Spain » in Castile Leon » in Segovia » Memories of Segovia 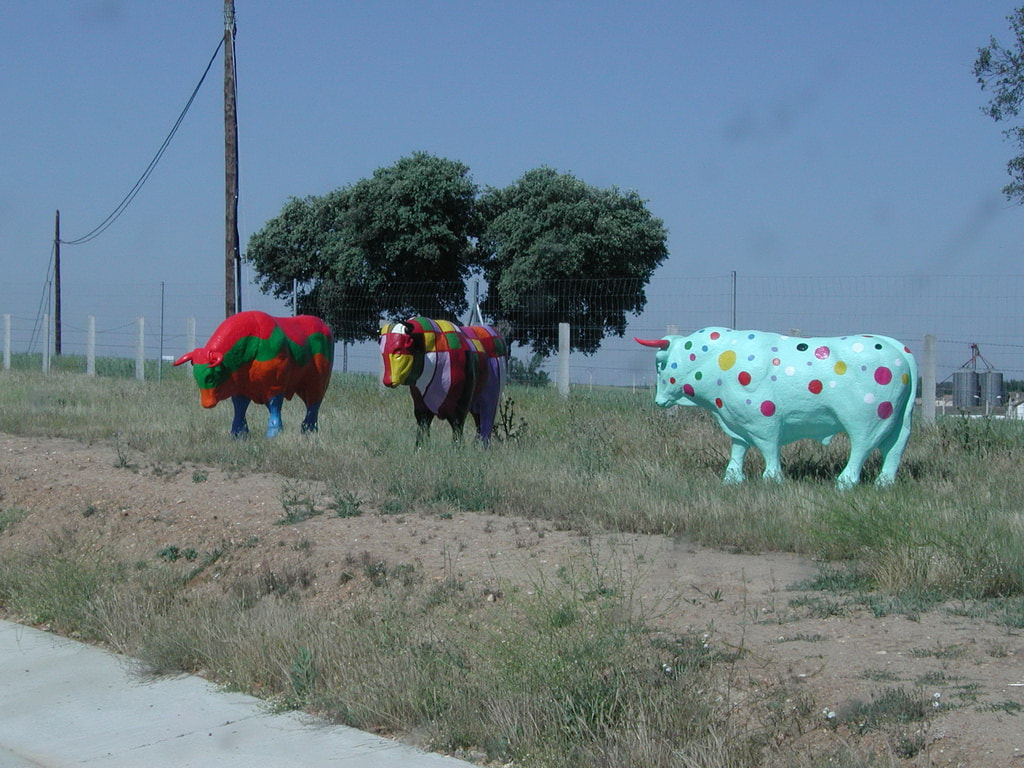 In many cities, the need to do something different, gave someone the idea of painting and exposing colorful cows. I don’t know if it is always the same exhibition travelling around the world, or only the same idea expressed the same way in different places, but I’ve seen it almost everywhere.

​Segovia was no exception, but, I must confess that, used to the image of the bull dominating Spanish landscape while promoting a drink, the cows where very well located, clearly integrated in the landscape, not working as the visual aggression that I felt, for instance in New York or Toronto.