You are in: Home » in World » in Europe » in Spain » in Andaluzia » in Seville » Memories of Seville 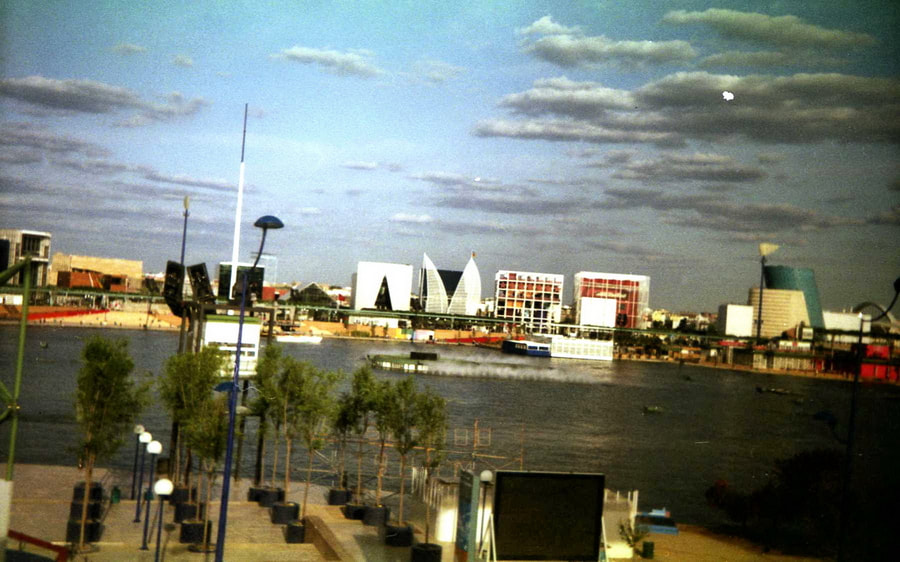 One of my visits to this city (I passed there a couple of times after that, but just passing by) was for this international exhibition. I went alone with Fernanda, and after the first day, we felt so guilty for not taking the kids that we came back early than planned to be back with them later. We did.

​I was curious about what would happen to that splendid use of Cartuja island, and wrote that there many doubts and trouble, but that finally a solution was found, with Cartuja becoming a good area for entertainment. My next visit to Seville with time will include time in Cartuja to check what have they done with the remains of the fair.

​Higher than it looks

Giralda is an attraction for itself, in the marvel of the cathedral. It’s easy to climb, because it has inclines instead of stairs, and they seem not too steep. That’s right. But they are… long.

Now imagine the sorrow I felt when, in my way down, we met a Japanese senior couple with him telling her, while resting a bit on his walking stick: “We are almost there”.

They were brave, indeed, already in stage 9, but I had no guts to tell them that they are… 36 inclines.

Next time I’ll check out if they are already in the top or still in their way!

An average of 5 costumers at the same time, meaning, with the employees, 2.333 women per square meter. Almost half an hour waiting outside for the experts Fernanda and Isabel to dispute each square centimeter with the other three.

Shall I say more about the place?