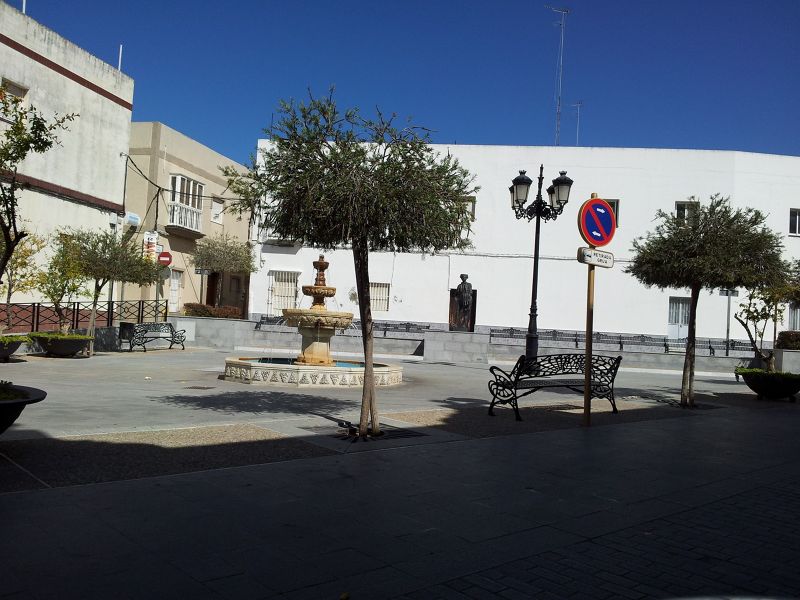 Chiclana de la Frontera is a small city, east of Cadiz, backing a long stripe of sand from the old Sancti Petri to the new one, with the long La Barrosa beach between them.

We’ve been there on Sunday, a “closed” day in Spain, with jammed roads connecting to the beaches, allowing us just a short glimpse of everything.

​Not bad, for a good vacation, it seems!

Rebuilt in the beginning of the 19th century, after being used by Napoleon’s army as stable, St. John Baptist church, in plaza Mayor, shares with the nearby clock tower, built about 50 years before it, the reputation of the most important monuments in Chiclana.

The old Sancti Petri is no more than a ruin by the sea; the new one, luxury resorts a couple of kilometers away.

It’s a very good place to see how things change so quickly, with tourism destroying and building with a single direction and rule – “call the money”.

​Sancti Petri was a hell of disappointment, but also a lesson.

-We must go to Sancti Petri!

The enthusiasm of my daughter-in-law was born in the wonderful paintings in touristy stuff identifying the place.

Well, we saw nothing, everything seems to be gone – the village lost its charm, almost abandoned, and only a few nautical sports give life to the place.

The natural conditions seem precious, but tourism has other interests, and its is now betting a few kilometers away.

Scattered hotels, a big mall, a good beach not too far, but… where is Spain?

A small  island close to the coast, it’s totally occupied by a fortress.

With strong links between famous names of antiquity (Hercules, Asdrubal, Anibal Barca) and the islet, the fort comes from the 16th century, and may visited by boat, easy to rent in the beach.