You are in: Home » in World » in Europe » in Spain » in Andaluzia » in Calahonda » Passing by Calahonda 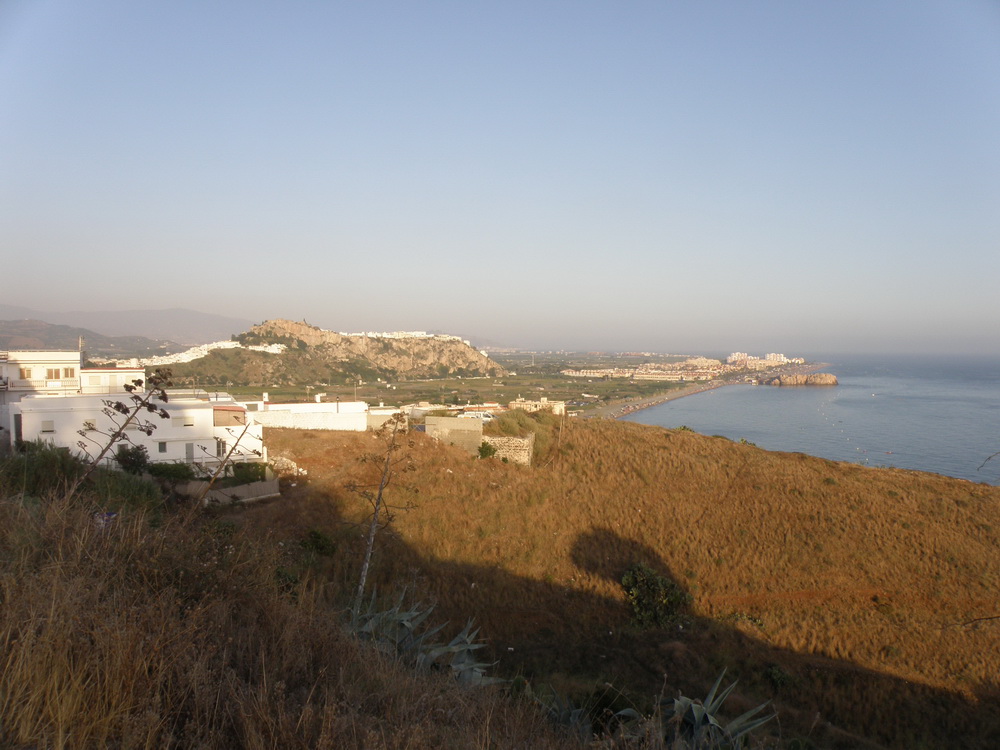 I passed a few times by this beach, dominated by a strange rock, with cliffs overlooking a shallow beach, all composing an appealing look.

However, Fernanda says that it must have dusty sand, and for that reason we never approached the beach.

I was attracted by the wide beach backed by the steep hill, and decided that Calahonda could be my destination, if and when I decided to spend some days in a Spanish beach.

It could be… but it wasn’t, and this year I went to Marbella for the first time. The water was cold, and Fernanda found that in Calahonda it was two or three degrees warmer, so Calahonda reinforced its chances.

Spain is one of the biggest fish consumers and producers. Inland but also in the sea where it allows it, it’s possible to see some fisheries, mainly in Galiza.

​In the southern coast I only saw these, in Calahonda.

in Calahonda
| Tags: To see