You are in: Home » in World » in Europe » in Portugal » in South » in Algarve » in Alcoutim » Passing by Alcoutim 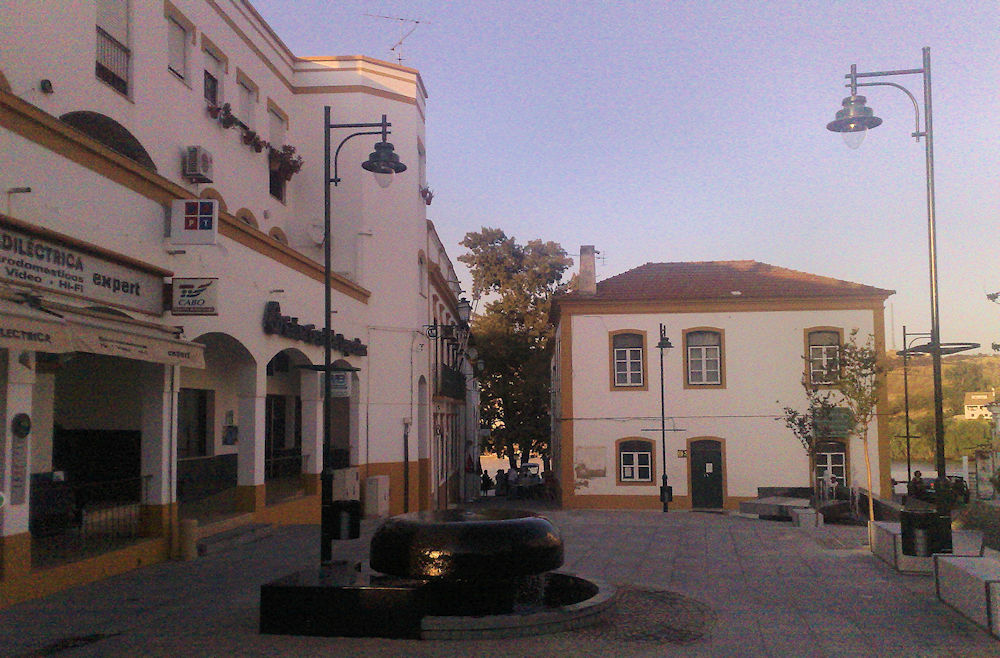 After several decades passing nearby, I decided, this time, to make the detour needed to visit Alcoutim.

​Good idea! It’s a nice small city, proud of his history and traditions, and with a good look over a nice part of the river.

Located by the river, the church of “S. Salvador” was initially built in the 14th century, enlarged in the 16th in Renaissance style. and restored in 1949, respecting as far as possible the old image.

We read that Alcoutim has a fluvial beach; we searched for it, but we didn’t see it.

​Lots of boats, a nice tranquility by the river, music coming from Spain just across, a nice scenery, but no idea about the beach.

A river separating two countries, two cultures, two cities, but everything seeming so close, so linked, that I had this funny experience: there was a popular festivity in Alcoutim, but the sound of the music came from across the river.

in Alcoutim
| Tags: To see