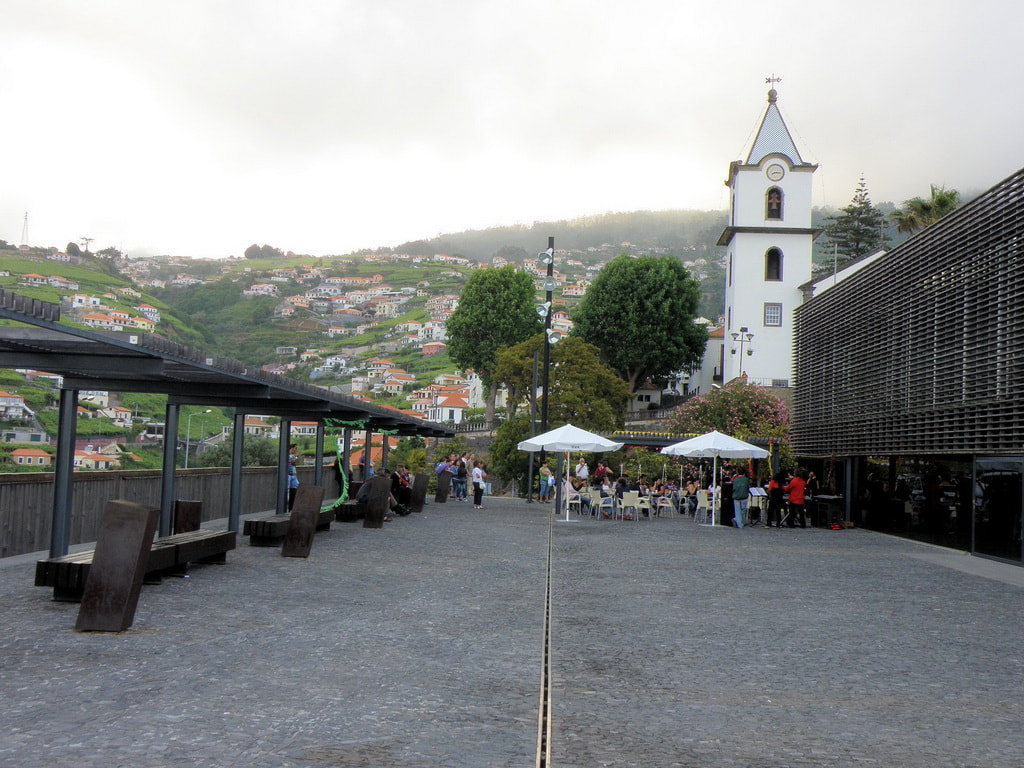 In the hills behind Câmara de Lobos the village gets the name of Estreito, which means strait, maybe because it follows a narrow valley.

Its reputation comes from several restaurants
​Staying not far from Funchal, Estreito de Câmara de Lobos is the centre of Madeira wine producing.

​It has an interesting church, a few chapels and “levadas”, but the main touristy attraction… yes, it is the typical kebab.

The most important monument in Estreito is this church, built in the 18th century.

​Some restoring works didn’t change it much, except the tower, that, in 1937, received a clock.

We were received by music in Estreito, and that made us walk a little to find where did it come from.

In a nice square by the church, dominated by a esplanade was performing live music.

​It was not the expected popular festivities that it seemed, but we got a favorable idea of that central part of the village

in Estreito
| Tags: To see