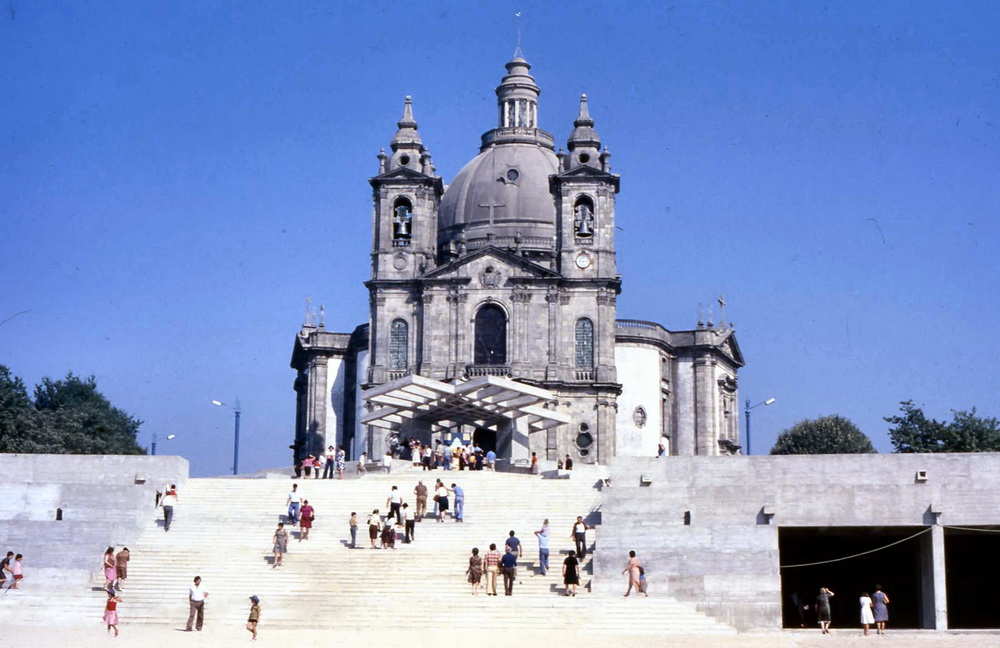 The most northern city in the coast, green, cool, friendly, proud of its traditions, Viana do Castelo is a very welcoming city, and a reference in naval construction, traditional food and typical costumes.

​Santa Luzia is the city’s highlight, but travelling around is an opportunity to find some beautiful almost unspoiled places.

It’s “impossible” to go to Viana do Castelo without a visit to Santa Luzia.

I’ve been there only once, and… went up, of course!

​It’s not very representative (as a matter of fact it’s a copy of Sacré Coeur, from Paris), it’s almost empty, but it’s interesting, and the climbing provides the best views of town.

The north of Portugal is the most traditionalist of all Portuguese regions.

Minho has also the most beautiful traditional costumes. Aware of that, the city’s celebrations are a very good opportunity to see and feel it.

​PS – I think that almost ninety per cent of the Portuguese folk recreations abroad use the costumes and dances of this area.

in Viana do Castelo
| Tags: To see