You are in: Home » in World » in Europe » in Portugal » in Center » in Santarém district » in Almeirim » Sopa da pedra 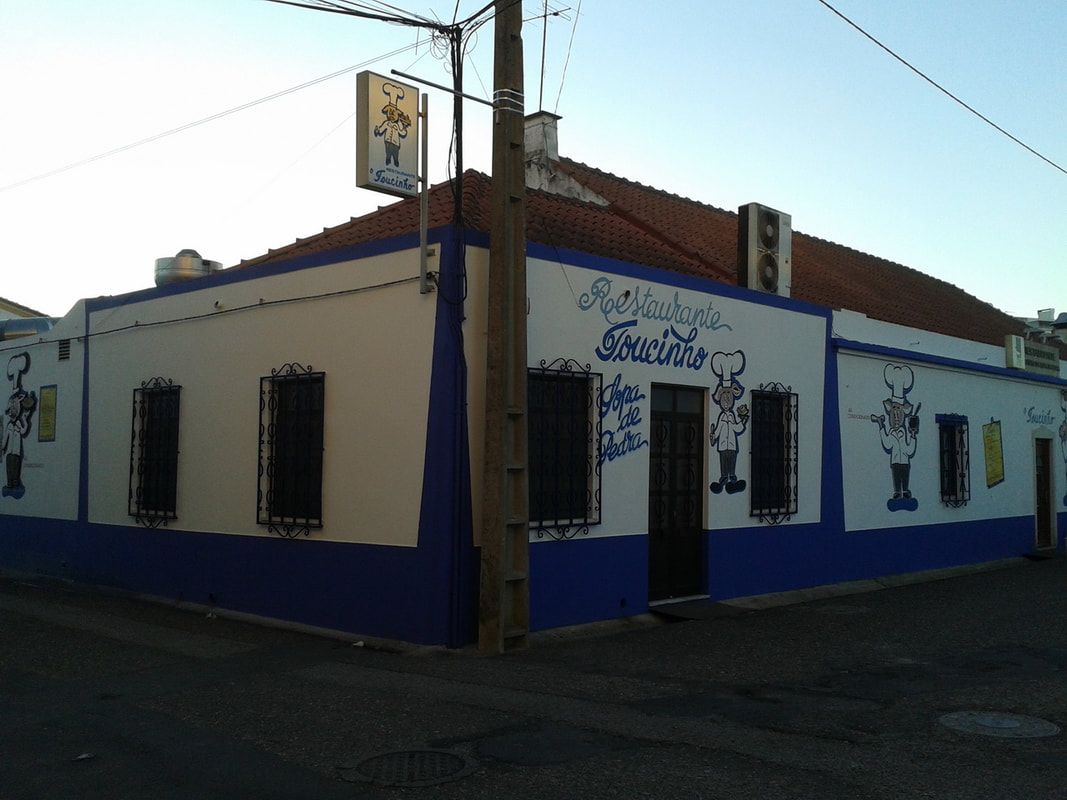 I don’t know if in your country there is something similar, but, in Portugal, there is a very old legend about a monk tricking a miser and forcing him to charity.

The legend was necessarily told to children, more or less like this:

A monk slammed a door, begging for food. Facing the refusal of the resident, he asked authorization to enter, and water, to make a stone soup, showing a big pebble.

Curious about how could he make soup with a rock, the man agreed, and the monk started cooking the stone in water.​

​After a few minutes he proved, saying that it was good, but with some potatoes would be much better. The man didn’t hesitate and provided the potatoes.

A few more minutes and the scene was repeated with carrots, and one by one, the monk added the requested ingredients he remembered to ask for. At last, he took out the stone (claiming to need it to do another soup) and both ate with taste – the soup was really very good.

In Almeirim the legend is different – a restaurant decided to create a very strong soup, almost a stew, mainly with the head and feet of pigs, with vegetables and strong flavoring, naming it “Sopa da Pedra”. The success was so big, that that soup is, today, part of most popular festivities all over the country, and restaurants selling “sopa da pedra” spread all over Almeirim.

I heard that Toucinho is not anymore the best restaurant to eat it, but no doubt, it is the historical nest of the soup, and still a touristy reference in Almeirim. I don’t know the importance of the name in the success of the restaurant, but José Manuel Toucinho is the owner’s name, meaning in Portuguese… lard.