You are in: Home » in World » in Europe » in Portugal » in Center » in Lisbon District » in Lisbon » Upper Lisbon 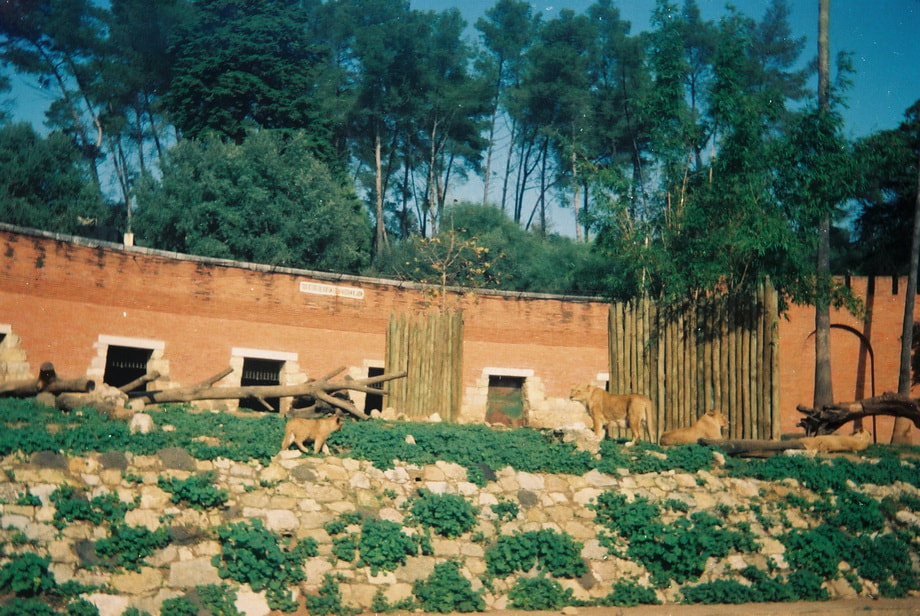 For many years the Zoo took advantage of Portuguese presence in Africa. I is a nice place to an easy contact with many animals, kept in an adequate ambiance. It’s location, near central Lisbon, and the ease of public transport, assure the good frequency that it registers and justifies. A pleasure to children and adults!

At the northern entrance of Lisbon, a beautiful complex of buildings and gardens is the place for the museums of costumes and theater, both connected by the park of Monteiro-mor.

​In the hot busy days it’s a refreshing and interesting alternative to the mandatory places, crowded of tourists.

In a hill in the north entrance of Lisbon a park surrounds the museums of costumes (Museu do Traje) and theater (Museu do Teatro).

It´s a large and refreshing park with lots of botanical species and a well conceived sequence of alleys and fountains, with statues composing harmonious sights.

​A good break, in the outskirts of town.

Built in the 18th century to bring water to Lisbon, it offers some good views of Lisbon, in one of the the ugliest areas of town. Progress around has endangered it, because the arches are too narrow for the actual road needs, but the love and respect of the inhabitants is keeping it untouched.

It is 19 km long, but the best points are the arches crossing the valley of Alcântara, and the arrival point at Amoreiras, now the water museum of “Mãe-de-Agua”

Around central Lisbon, the old quarters developed themselves with precarious, narrow and windy streets, giving access to also precarious habitations.

With the development of town, the precarious habitations gave place to stable buildings, but most of the old streets were kept, under the name of “azinhaga”.

​They are disappearing, but, here and there they still may be seen, sometimes providing unusual views in a modern and quickly growing town.

A refreshing garden surrounds the buildings that sign the arrival point of the aqueduct built few years before the earthquake, and that, surviving it, stood working until recently.

Now the place is used as the museum of the water company and deserves a visit.

​When I took the pictures a temporary glass exhibition was on. It should be repeated (new ideas) soon, but… I’m retired, and without my help things will be more difficult to the artists.

S. Bento is one of the two main political points of Lisbon and Portugal. The other is Belem, where lives the President of the Republic. Here, in S. Bento, you have the Prime-Minister’s residence (from which you can only see the walls, gate, and discreet security), and the Parliament.

Open to escorted visits, it has two important references to me: Democracy, and four of my grand uncle’s best paintings.

Ssome more may be seen in Military Museum and Contemporary art Museum, and other).

At the westernmost stop of tram 28, a big church from the 18th century, keeps the tomb of queen Maria I. That queen ordered the building of this church to pay a promise made if she had a male son. She did, but the child died before the end of construction with smallpox.

​Facing the church there’s a pleasant small garden with the same name.

This residential area, a little bit in the outskirts of town when built, now almost in the heart of it, keeps its original look and lifestyle.

The local market, inaugurated in 1939, suffered already two transformations, trying to adapt to the new standards (including tourism).

​It’s a calm area to stay, but with short tourist facilities.

Once upon a time, I lived in Lisbon, when the cultural references for most of our citizens were those maniac that seven or eight centuries ago went east and south to cut Muslim’s throats.

The dictatorship times were gone, and it’s a pleasure to meet another Lisbon, where tolerance and multicultural coexistence is appreciated.

​More than a worship building, this is a monument to the cultural progress of our country.

in Lisbon, in Remote
| Tags: To see