You are in: Home » in World » in Europe » in Portugal » in Center » in Lisbon District » in Ericeira » Atlantic beach 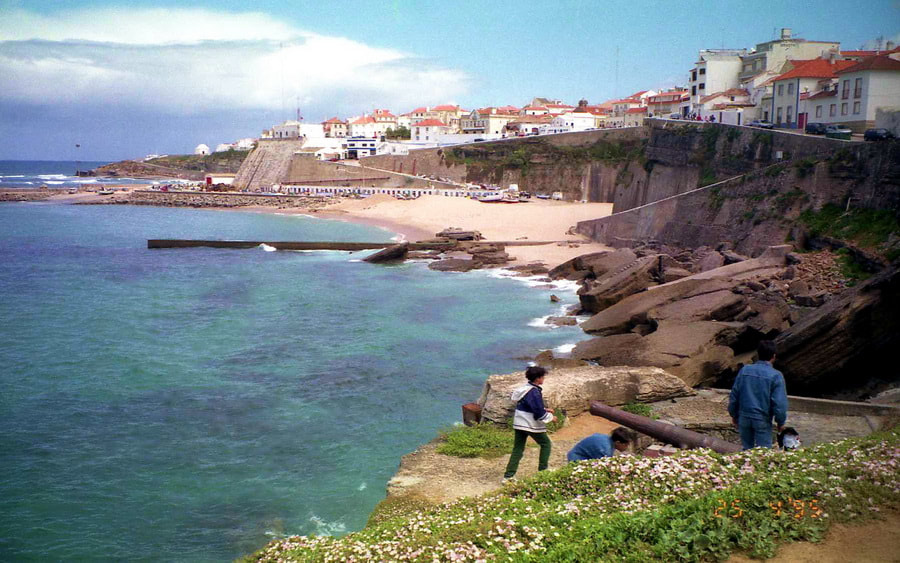 A few kilometers from Lisbon this beach is not exactly the best place to swim, but is surely a good place for a brief stay.

Very well maintained and clean, it keeps its typical look in the central area, unspoiled by the massive construction around it.

​Good views, and good seafood, it is also one of the first ideas when someone decides to go out without knowing where.

It is small, the water is cold, in the good days risks to be full, but it is there, the sun invites and, usually, is not dangerous.

​It never was my first idea in Ericeira, because… never happened, that’s all.

Of course, this is only one of the main options nearby, not the best, to be honest, but really close to town.

Ericeira was, in the 18th century, one of the most important fishing places of Portugal (the proximity of Lisbon being the reason).

The conditions of the harbor are hard, and the development moved that importance to other ports – in Lisbon’s area, for instance, Peniche and Sesimbra.

When the kings started to use Mafra palace, in the 16th century, Ericeira became the port for royal use.

If was from there that our last king left to exile. The city of Ericeira has grown, but the port seems to remain almost untouched.

​The (now) useless defenses are still present in the rocks.​

This modest church from the XV century, has a rich interior, “impossible” to appreciate or to photograph under the dimmed light of a dark winter day (yes, in Portugal, there are a couple of dark days each winter!).

​The cross at the entrance was built in the XVIII century.

It’s nice to stroll in the old central quarter of Ericeira.

​The old houses are maintained and painted according to the traditional colors, and the commercial activities are discreet, respecting the harmony of the whole.

Ericeira’s public library is installed in the Cultural House Jaime Lobo e Silva, maybe the most beautiful building in Ericeira.

​With more than 17000 books and a multimedia section, it may be useful for those staying more than the few hours we always have in each (frequent) visit.

Medieval symbol of justice, most of the small towns with discreet history are proud of their pillory.

Ericeira is no exception, and in 1924 they reconstructed it, with the original stones, buried in place when Ericeira was lowered from “vila” to “freguesia”.

​Dated from the XIV century it still keeps the rings were the convicted were tied.​

Many beautiful corners of Ericeira are embellished by the old fountains, now useless, but still decorative, even under the rain.

​They were built in the decade of 1920, when Ericeira became an important summer destination, needing to supply water to a few more thousand dwellers.

At the north entrance of town, this small chapel stands alone in the middle of a parking lot, shared by cars and boats.

It’s a simple building coming from the fifteen or sixteen centuries, with one particularity: all the interior, even the roof, is covered by tiles.

At the southern end of town, this is, maybe, the best bet combining distance and quality.

It’s not difficult to walk there from town, and you’d better do it, because the parking is small.

​A great hotel where I’ve never been – Vila Galé, a known chain that I used elsewhere – dominates the beach.

​​Seafood Vivariums in the Furnas

Eating seafood is “mandatory” in Ericeira, and you may stroll on the cliffs, watching the holes made in the rocks to keep the lobsters (now empty, I think).

​Most people use these cliffs to lay in the sun, catching the strong iodine.

in Ericeira
| Tags: To see