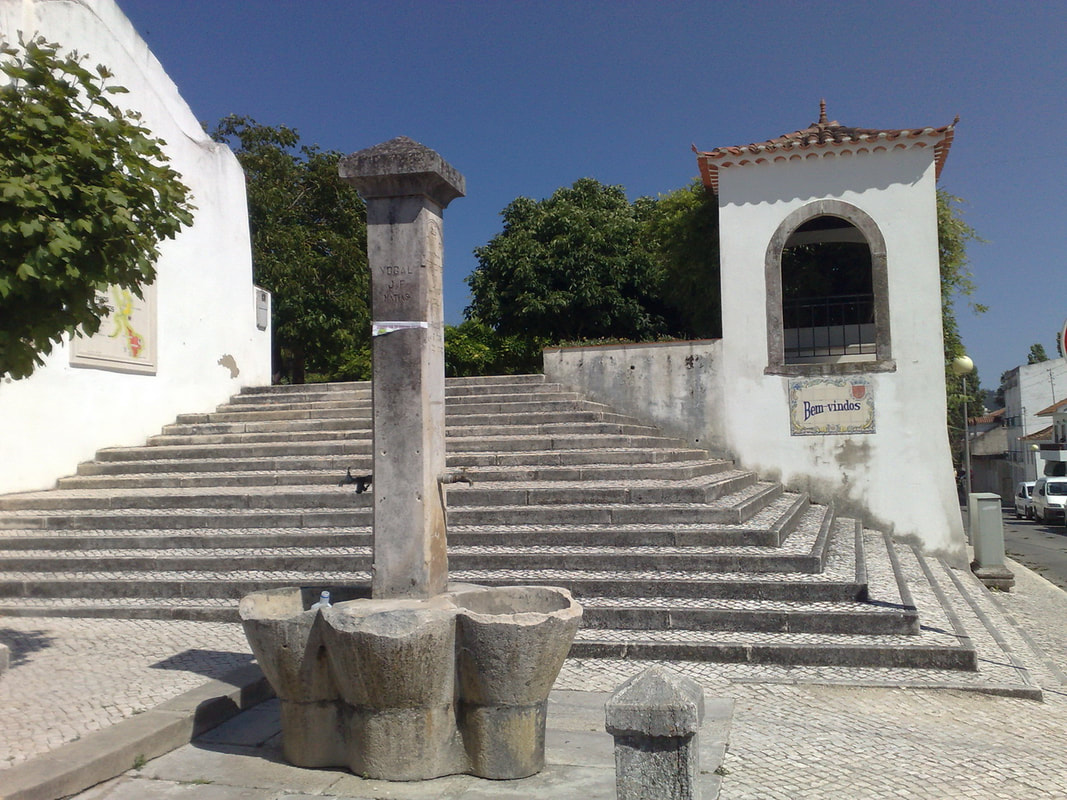 A few kilometers from Turquel, my home town, Santa Catarina is a nice small town belonging to Caldas da Rainha, that, recently has been embellishing its common spaces.

​Small and simple, it is a progressive place that deserves that classification as “Vila”

I went there to join a couple of friends in their marriage.

It has a nice altar, but I couldn’t read anything about it. So far…

It comes from the 16th century, in Manueline style with Baroque details.

The altar, of course…​

Discreet, the pillory testifies the importance of the village in medieval days (lost with time).

​Recent development allowed the promotion to “vila” (small city), after many decades as a village.​

Excuse-me for some emotion, but only now I saw this simple monument in my neighbor Santa Catarina.  I was there several times, followed the garden by the church, but never noticed, until now, this statue. It was a shock to find that, in such a small town, five men were killed in the war where I’ve been… without any casualty.

​Five men here, plus three in my Turquel, plus a few thousands elsewhere… I was lucky!

Adjacent to the church, there’s a small but nice garden.

​It’s a good place for pictures, and, being in a marriage, the official photographers (and us) took good advantage of it.

If you approach from the west, you may stop in the descent, in a clearly visible sightseeing point one quilometre distant, from where you may enjoy the nice agricultural landscape that surrounds the village.

​It is also a picnic area.

in Santa Catarina
| Tags: To see