You are in: Home » in World » in Europe » in Portugal » in Center » in Leiria District » in Alcobaça » Useful info in Alcobaça 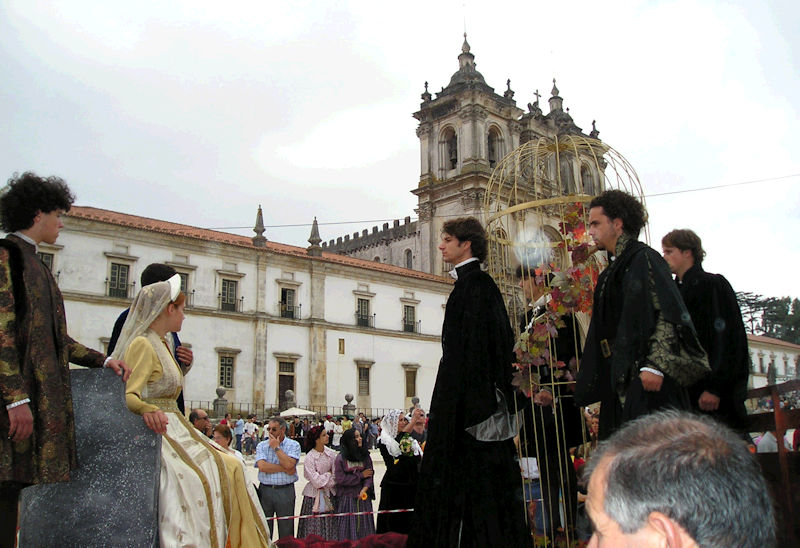 Tombs of Pedro and Inês

No, I’m not telling the story again.

Only a remark to notice that recent works opened the access to a window from where you’ll be able to take a picture of the tombs demonstrating how the king decided to be buried, in order to, at the end of the world…

​No! I promised not to tell the story again. I believe that it is impossible to arrive at the monastery without knowing our “Romeo and Juliet story”, but if you do, even the stones will tell it to you.

Alcobaça is a small town in size and population, but it has lots of cultural activity.Music, dance, and popular fairs and festivities are scheduled frequently. International folk dances were shown often in Alcobaça, organized by myself and a team of friends from Turquel in the seventies and eighties.

​Now, only the city council keep, sporadically, that initiative.

All restaurants in Alcobaça claim to have the best “Frango na Pucara”, a delicious chicken dish in a pot.The best that I ever tasted was in Frei Bernardo, next door to the monastery.

​Justice must be done!