You are in: Home » in World » in Europe » in Denmark » in Bornholm » in Allinge » Passing by Allinge 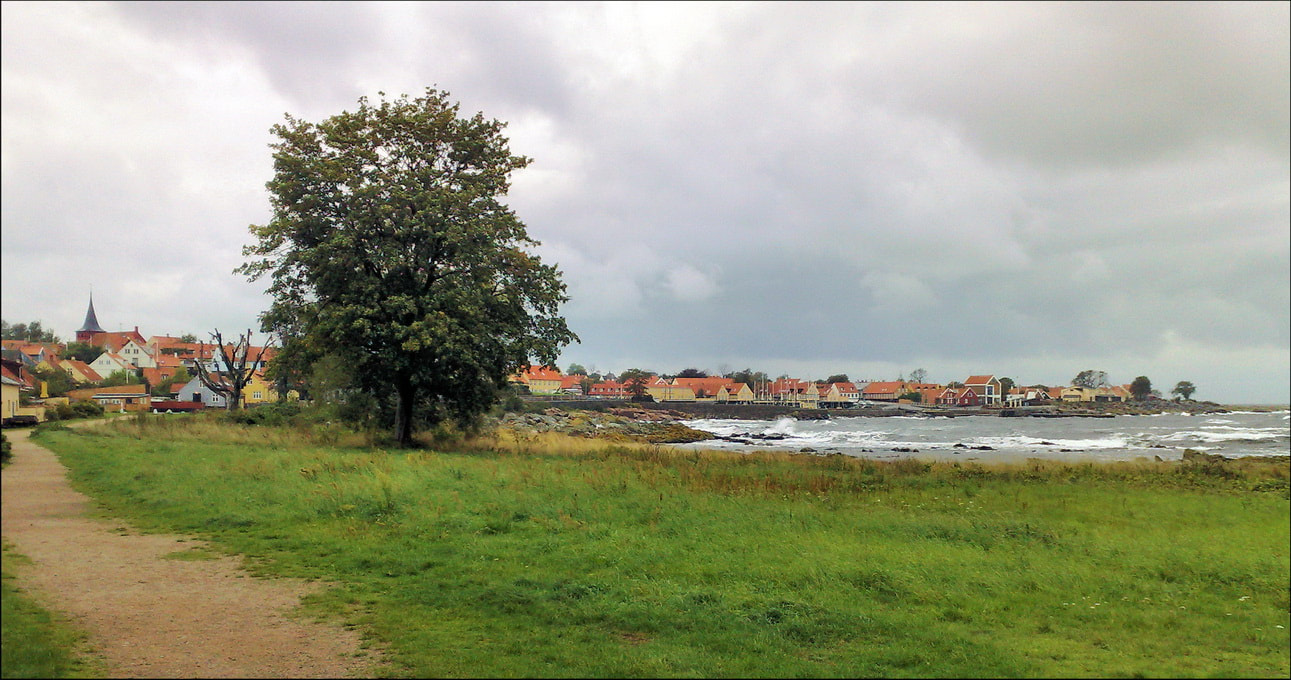 I had only a quick passage in Allinge.

​After visiting so many small cities in Bornholm it almost seemed… another one. Maybe with more hotels, maybe with more people, but… I don’t know why, because the beach was so frightening as anywhere else.
​A quick visit, showed me another small city, respecting the general look of all the other in the island, with slight differences – balconies… windows… not enough to say that it is different.

Respecting the general look of the island, Allinge seemed a little different, with… more appreciation for the sun, maybe.

​Spaces seem wider, construction lighter, but the look and feeling were common to the other cities in the island. Wrong idea?

Though originally coming from the 16th century, Allinge church has a new look, given by the strong changes introduced in 1992.

However, some of the elements come from the old days, and also from the 1 8th and 1 9th centuries.​

A commercial house by the road, selling all kind of handicraft, attracted us by its construction, and its beautiful gardens.

If business was their goal… they got it.

in Allinge
| Tags: To see