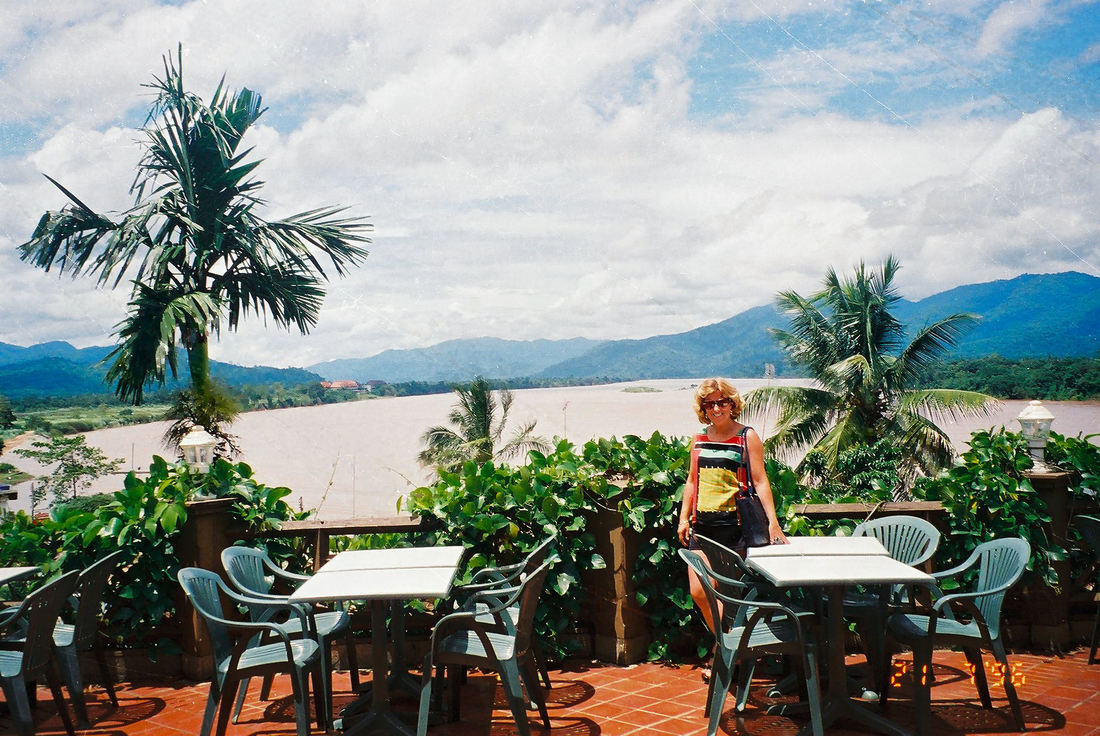 It was a long ride of 400 km from Chiang Mai, to see the golden triangle. Nothing much to see, except the sensation of being in a crossroads of the world, where the forbidden countries touch the open ones. We took a flat bottom boat, and followed the Mekong River between Burma and Laos, at that time closed countries in civil war. It touched us the way as children of all ages challenged the dangerous currents of the river to approach our boat, asking for a coin, that, as a matter of fact, I’m not so sure they could use, whatsoever.

The most significant moment in Chiang Rai was a boat ride along the Mekong river. Passing between Laos and Burma, closed countries at that time, provided a feeling of excitement, enhanced by some Laotian kids swimming in the muddy and dangerous waters to approach the boat, asking for something (coins, I presume).

​Feeling China in background (announced by several boats passing and anchored) the place is really a dramatic joint of nations, cultures and policies, in a luxurious landscape.

​One of the best points in the trip inland to visit Chiang Rai is the opportunity to watch true rural life. People and animals struggle in hard conditions to produce rice, the main support to their life, and the passing by tourists feel as part of another world…
Along the planes bordering Mekong river, men and buffaloes join efforts in rice production.

​It’s a hard work, done in dangerous waters and climate, but it provides some spectacular sights and photos, of the real life of rural people.​

Chiang Rai has many thermal springs, where water comes at high temperatures.

​In the way from Chiang Mai, it’s possible to stop and see water and vapor springing from the soil, and the people boiling eggs in dug trenches.
​

in Chiang Rai
| Tags: To see