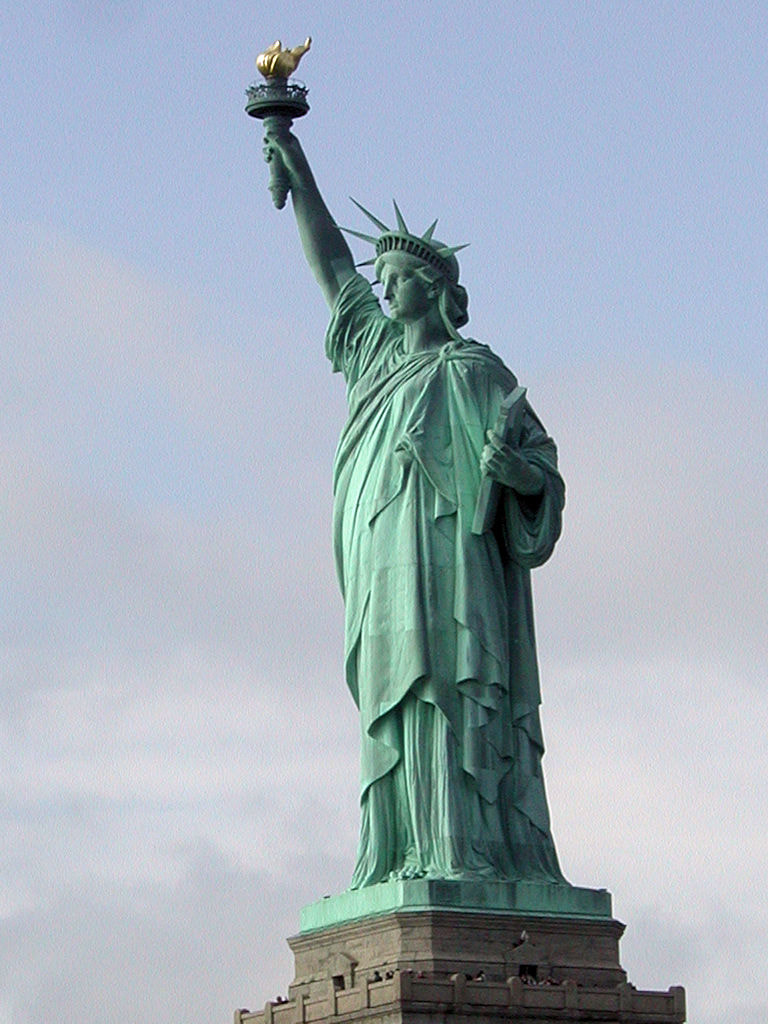 The strange thing about New York is that, whenever and wherever you go, everything seems new and familiar at the same time. We all “live” in New York, even without crossing the American border, and, once in location, all the new places we see are part of our memories. A lesson of architectural balance between size and space, the richness of forms and details, the mixture of cultures and civilizations, the American way of life… the… the… yes! It’s there.

​I visited New York for the first time in 2000, as a starting point of a circuit that took me to Washington, Harrisburg, Corning, Niagara Falls, and Canada. A few months later in a self-drive visit I went to Corning and Niagara Falls again, with a professional meeting in Rochester’s university.

In 2004 I spent some more days there, in transit to the west, to visit California, Las Vegas, Grand Canyon and Monument Valley. By accident, after a few months, I needed to go to Seattle and Tacoma, stopping in my way back in Pittsburgh and, again, in Corning, surprising the nice lady in a library that couldn’t understand what took a Portuguese four times to Corning (and I’m not sure it will not be a 5th).

Well… that’s personal stories. Back to the present:

Is it New York? Is it New Jersey? It sure is New World, and a gift from the old one. Liberty – Liberdade – Freedom. Yes, count me in. But remember: everywhere and for everyone.

You surely must go to Rockefeller Center.

Why? Well… because it is there, it was made expressly to take you there, it represents well the best in New York (harmony in XXXXL size), because it has lights and decorations, because it has shops, and ice to skate in winter, Radio City Music Hall, and…

Enough! Everybody goes, so, what are you waiting for?

Address: 47th-51st Streets and between 5th and 6th Avenues.

Wall Street
In the marvelous town, where each building is more beautiful, than the previous one, Wall street, is mainly the feeling of being in the world’s financial center. But in my last visit, the dominating show was more the security apparatus than the site itself.

It’s a pity, what the world is becoming.

Anyway, I had the pleasure of seeing my Portuguese bank in a privileged location.

I’ve been there once more, the nervous apparatus continues, but I couldn’t locate my bank. Moved or confusion, I don’t know.

Federal Hall National Memorial
​
It is the most impressive building in Wall Street, with columns recreating Greek architecture.

Its staircase functions almost as a balcony over the place, with tourists disputing the angles to take their photos and resting a little, with the security strong apparatus “telling” that there must be some safer places in town and inviting to move on.

There is nothing relevant in this island: the statue is there, but it is better seen from distance. The main attraction of this visit is… the trip. The sight of the statue, the unforgettable sight of Manhattan, Ellis Island…

No visit to New York City will be completed without this experience, that you must have starting from Battery park or Liberty State Park, in Newark.

I did it in both ways, and got the idea that, in high season, Newark may be an easier and quicker starting point. At least it was in… December.

Directions: South Ferry at Battery Park – Take the #5 train to Bowling Green or #1 to South Ferry

Ellis Island
​
In my first time in New York I went to the Liberty statue. Of course.

It was there, and it is exactly as I imagined. In my last time I went to Ellis island, and found it much more interesting.

It’s a well conceived museum, showing the human story of the USA, allowing everybody to feel a little bit of him (or his family, or his nation, or his race) in the building of the country. Very touching.

Directions: South Ferry at Battery Park – Take the #5 train to Bowling Green or #1 to South Ferry

Meeting Point
As the main starting point to Liberty Island, this park acts as a large meeting point, with several hundred people lining to the boats, and artists and sellers using the people’s availability to make their business.

There are some historic buildings around, but most people don’t even look, rushing to the boat’s lines.

Only those returning to the park have a careful look afterwards.

Directions: Take the 4 or 5 to Bowling Green Station or the N/R to South Ferry Station

​​You have to read
In the splendor of New York’s architecture, this old bridge, may pass unnoticed, unless you are adverted or have the chance to read about it.

Now a common and discreet bridge, it was, at the time of its construction an astonishing challenge.

But don’t ask me to write what other have done better; just follow the link.

Wide views
The best views of town. Our guide planned our time to go up at sunset, and I understood why.

If, for a good photo, the light won’t help at that hour, the show of lights appearing here and there, and finally everywhere, is gorgeous, and, with luck, the photos will not be that bad.

Pier 17
In Pier 17 a true effort to preserve the real history of the city became a must of New York.

Historic buildings, historic ships, and a lively commerce, with Brooklyn Bridge at one side and Battery Park in the other, are in all the visitors “to see” list.

Cathedral of Saint John the Divine

Millions spent, decades still lasting to finish, and a building out of its time. It’s beautiful. But does it really deserve the effort?

Why not something great in a modern style?

Times Square
One thing that confused me in America (and caused a sort of discomfort), was the absence of a urban center, as all European cities do have.

New York is no exception, but if I had to define a central point it would be Times Square.

Why? Because it is the strongest gathering point, centrally located, and in motion at all time of the day.

Stop and breath
​
The lungs of the city, a break in the rush, an invitation to rest.

Or to practice healthy sport in safety, it seems.