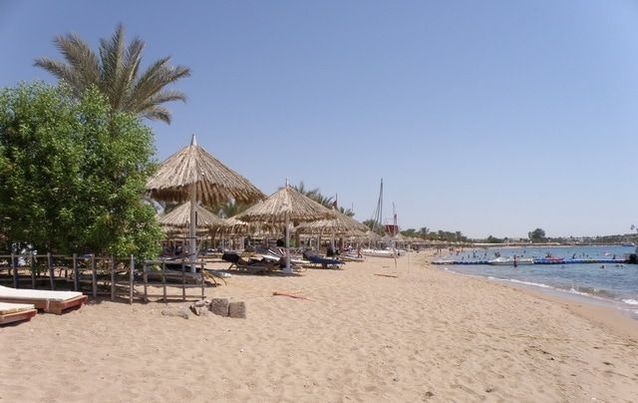 I’ve been in Sharm el Sheikh in 2002, for a good vacation, but never expected to return – once seen… it’s seen. I was wrong! I went there again, for a very different but still good holidays, that I will describe in several tips. However, I keep thinking that… it was my last visit.
Pros and Cons
Pros: Corals and fish
Cons: Too touristy
In a nutshell: Why getting out of the water?

Going to Sharm-el-Sheikh without snorkeling is worse than going to Rome and not seeing the Pope, because… Rome is beautiful. You may rent all the equipment, but if you stay more than a couple of days it’s cheaper to buy it, even if you decide to leave it behind.

After that, you have to choose the spots, with the best largely advertised in all beaches – Blue Hole, Ras Mohammed, Tiran Island, at the top.

Scuba diving is also great, and available everywhere, and we did it, but I think that the wonderful colors of the reefs are better appreciated from above.

​One of the featured snorkeling places in Sinai is this one, close to Dahab. The reef is not a wall, as everywhere else, but a sort of carpet, wide, rich, wonderful, with a deep hole in the middle. There, the dark blue and cold water create a vertiginous sensation. Indeed, a unique experience. Unfortunately, the supporting touristy structures are poor and bad – even a toilet is something… well, they said that there were one, the ladies went there, and… gave up.
​

​This trip to Tiran island has one and just one purpose – snorkel. We visited three different spots, all with different characteristics. We were a large group, and we really had fun, in a new, clean and well maintained boat, where even the lunch… was good.

Na’ama bay is the center of all action in Sharm-el-Sheikh. Everything lives to tourism and from tourism. The beach is segmented in several private concessions, with a band of less than 20 meters considered public beach, which means that you don’t pay the access to a restaurant or hotel, but… to… them!
During the day it’s a sleepy town, awakening at sunset to fill the bars and restaurants. Each night, the program is the usual – strolling, drinking, listening to loud music.
Go to sleep – tomorrow there will be more fish to see!

I enjoyed the visit to the “old market” though clearly understanding that “old” means not so new as the rest. The ambiance gets closer to what we should expect in that area of the world, and commerce more diverse. The kitsch use of a natural hill deeply transformed helps to enhance that ambiance, and the animation was interesting.
​
We don’t imagine the dust that it is permanently in the air, until the night when we decide to use flash..

This was my second time in Sharm-el-Sheikh, and also the second visit to St. Katherine. In the first one, I wrote a tip in Egypt page, now I got a different impression.
In the first visit I went there expressly, using a taxi – this time it was a stop in the desert safari. Better idea! Paying the same (or less) we had moments of fun in the desert, the visit to the colored canyons and snorkel in blue hole. A great full day.
St Katherine now looked smaller, but still impressive. Of course, its importance comes from what it means, more than from what it looks. There was less people, and that allowed more time for details.

It was a great day! St. Katherine, Colored Canyon, Blue Hole, were the highlights of a day trip that included the usual performance of a jeep bogging in the desert, with tourists pushing it under a shower of sand – that’s the “Desert safari”.
We were 9 which means that we filled the jeep, allowing to negotiate a specific program (Blue Hole was not initially included).
We all had so much fun (including the guide and driver), that the trip ended two hours later than scheduled, with the Russian in the other two cars desperate to “reorganize their bones”.

Our desert safari ended in a Bedouin settlement prepared for tourists, to a final camel ride. Having done it a few times elsewhere, we skipped, but for great part of our group it was a funny experience. The camel’s movement is rather uncomfortable, people take time to adapt, which means… some laughing.
The ride was made at night, hiding the dust until the flashes denounced it, and adding some emotion to the desert’s loneliness

​This new building (it was not there in my previous visit) was inaugurated in 2008, and it is now one of the highlights in city tour (there is not much to show, indeed!).

What can I say about it? It’s rich(cost a fortune), it is big, with minarets 72 meters high, and it is nice, from the outside (we could not enter, due to religious service).

Organized trips have these inconveniences – close to the mosque there was a big church with byzantine look that I would have seen… if possible.

It was not in the program, so, maybe we didn’t miss much!

After visiting the Grand Canyon (and Brice Canyon, and Zion…) this “miniature” named “Colored canyons” is not an impressive visit. The solution is to turn it in a funny experience, walking a few hundred meters in a very difficult way. We had fun, in a very good trip that included driving in the sand and snorkeling in Blue Hole. That’s my advice – you may go, be prepared to slide and stumble in sculpted rocks, but try to negotiate your trip, choosing the adequate package from the several solutions that “will come” to you in the beach.