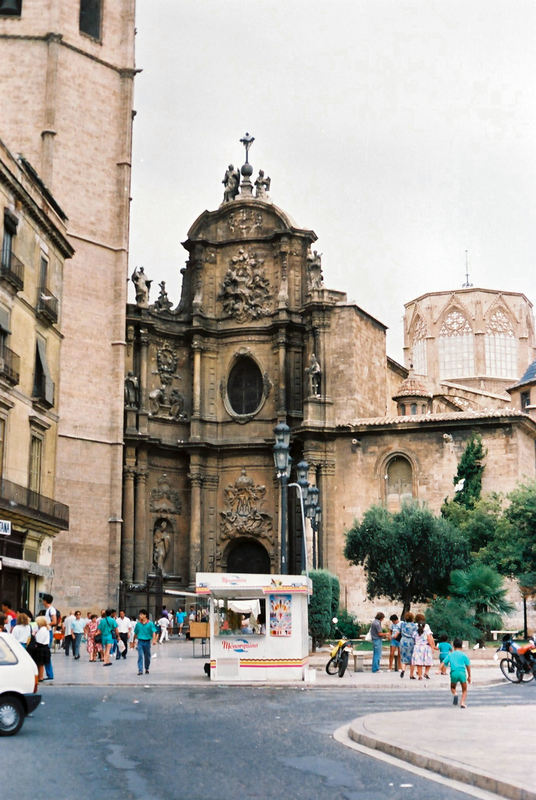 No! I never have been there!.

PS – I’m kidding! My car was assaulted upon arrival, and my new and expensive camera, just bought in Andorra was stolen.

I really was not disposed to appreciate the city, before leaving to Mallorca, and, after returning the available time was spent replacing the broken window of the car.

However, years later I met a lady in Istanbul that explained that her loved city was much more than a bad incident.

I will try to really visit it one day.

​Give me the film back!

I arrived in Valencia in an afternoon, in my way to Majorca, after buying my first camcorder in Andorra, and already with the film of two weeks spent in Salou and Altea.

For security reasons, I had booked a hotel with garage, to leave the car while we would be out, and, for the same reasons we went to diner early in the day, parking close to the restaurant.

Five minutes were enough to the restaurant’s manager tell me that my car was assaulted and the camera… gone.​

I never felt so revolted. Not because the camera itself, but for the memories of my kids’s happiness in their first holidays abroad.

​And so, Valencia became a trauma. Please, don’t tell me it really exists!

​(Fortunately, my wife took some photos, and the smiles were not totally lost. Maybe one day I’ll recover from the trauma, and decide to check if Valencia does really exist.)

Unique Suggestions: The trauma is gone. I made friends in Valencia. I will soon put it back in the map.

​​​The other side of Valencia

In a professional trip to Istanbul, I met L. a kind young lady from Valencia that offered me a couple of brochures about the city and showed the kindness and welcoming manners that I’m used to meet in Spain.

I’m recovered, and Valencia is back to my travel plan.

Back to Valencia page
in Valencia
| Tags: To see