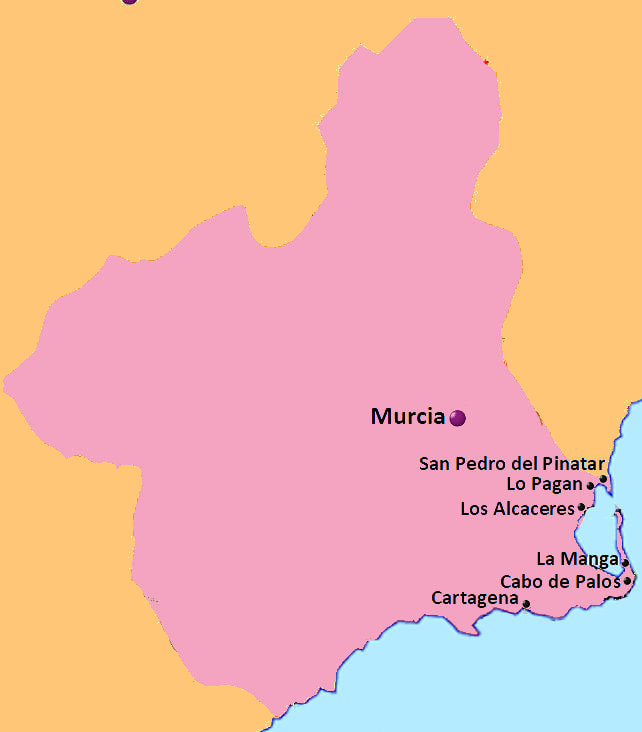 I think that I only have been in Murcia regions twice – the first one by night, driving to Valência, without time to stop and see something more than a glimpse of Murcia by night.

The second one for a week in the beach, in La Manga del Mar Menor, that allowed us a few trips around, seeing Murcia, Cartagena, Los Alcazares, Lo Pagan and San Pedro del Pinatar.

It is not one of the best areas of Spain, though the two bigger cities really do deserve a visit, and the beach in La Manga is good, with the odd resource of the interior sea.

The southern tip of La Manga del Mar Menor is marked by a rough coasts, contrasting with the shallow and long white stripe of sand to the north.

A lighthouse from 1865 signs the place and a few secluded beaches are an option to those who don’t like the wide open spaces of La Manga.

Writing to Virtual Tourist that didn’t know La Manga, I had to discover this place to post my notes.

​Now I’m free to write them properly, but Cabo de Palos remains there, and I saw it.

I must confess that Cartagena was a city voluntarily skipped in my previous trips in the area.

This, time, spending a full week close by, I had to have a look, and… I enjoyed it.

Not being a definitive must see, Cartagena is a nice city, with lots of history being unveiled in a few places. I write about it in my Cartagena page.

La Manga del Mar Menor is a top destination for children and for adults that like to sleep in the water.

The big salty lagoon is shallow and absolutely safe, only with two inconveniences: It’s almost impossible to find water deep enough to swim, and the many shells may wound your feet.

In the ocean side, generally warm and calm, you will have all the conditions for a good bath and swim.

​La Manga del Mar Menor is mainly used by locals, taking advantage of the many apartments to rent (or to sell… I don’t know).

In this second time near Murcia, I had, at last, time to visit.

​It is a beautiful city, with a splendid cathedral as you may confirm in the tips in my Murcia page