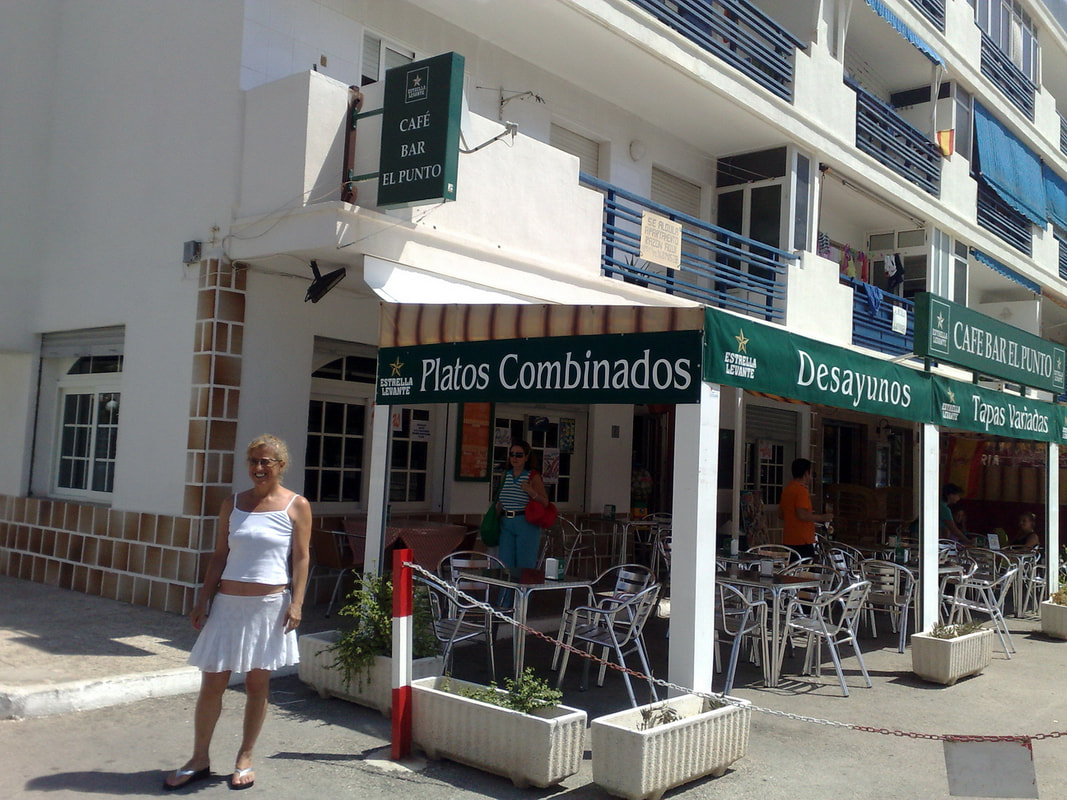 We went there once, and… it was all.

The look inside was somewhat neglected, the food banal, and the service according to the ambiance.

​No serious complaint, but no reason to return nor to recommend also.

It is a small restaurant facing the beach. Don’t expect a great cuisine but a simple place for a light meal between baths. We had good sardines (almost like Portuguese) and squids with sangria at a reasonable price, and, looking around, we saw that almost all the people was eating the same.

How I laughed in this restaurant.

Located in the most commercial area of La Manga del Mar Menor, this restaurant was a stop for lunch in a very hot day.

​It was good, with an efficient service and regular price.

The fun came from Fernanda – she doesn’t drink, despite the advice of the Sportive Medical doctor to include a little bit of red wine in the meals.

​In La Manga, she discovered “tinto de verano”, a cooling drink that includes that little bit of red wine, and became her drink for the holidays.

The restaurant didn’t have “tinto de verano”, and I ordered sangria, that looks like and tastes almost like “her” drink. It was hot, I said, and she advanced with enthusiasm to the sangria (I had to order a second jar) to discover that the identical look and taste don’t correspond exactly to the same drink. Nothing serious, of course, but she was so surprised, scared and embarrassed that we both laughed with pleasure.

​We tasted there some well done shrimps and “calamares” and… it was all.

Directions: Facing the sea at Km 6.5

Back to La Manga page
in La Manga
| Tags: Restaurants