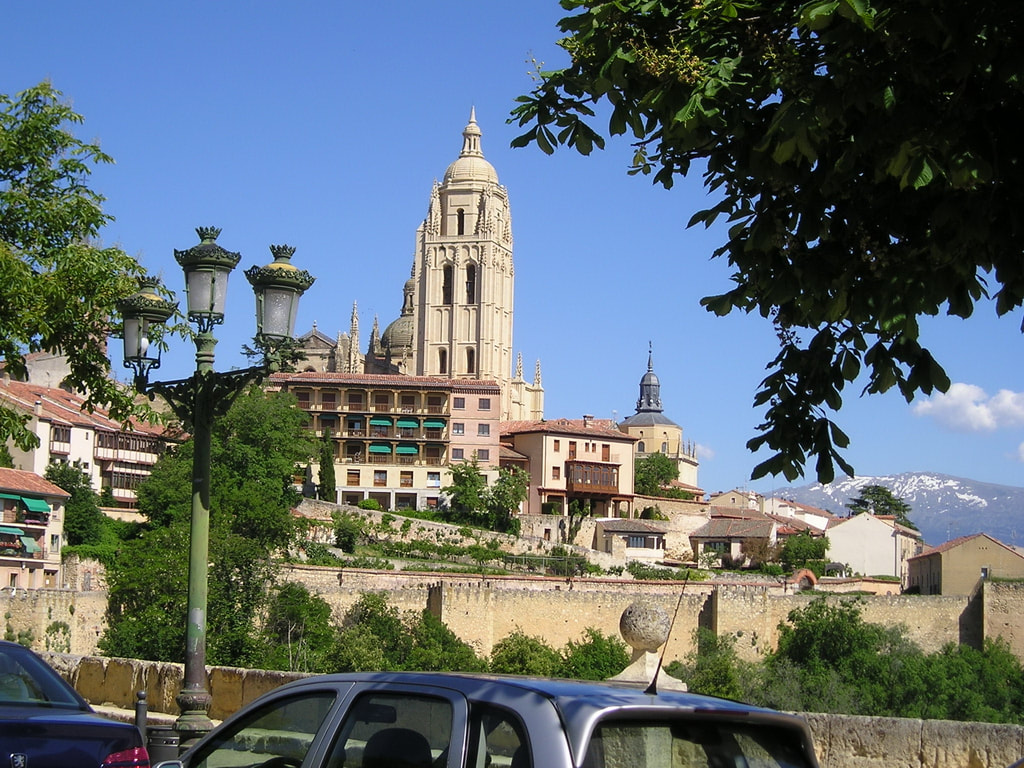 Visiting Segovia is to follow a 3-dot line: aqueduct, cathedral and Alcazar.

​These are the mandatory points, but you may take hours, even days, to walk the few hundred meters that separate them, so many are the beauties in your way, calling for a stop or detour.

​Several times passing nearby, to Madrid, or Salamanca, I always skipped Segovia, considering it just another Spanish town, with an aqueduct already seen in thousands of photos. ​

One day, for professional reasons, I had to go there, and found how silly I had been. Segovia, no matter your preferences, is an absolute must see. And, in the last 3 years I went there 4 times. And will keep going with pleasure.​

Built by Trajan almost 2000 years ago, and still in use, this Roman aqueduct is the ex-libris of Segovia, if we can say so, in such a monumental city, today UNESCO World heritage.

If I tell that this prodigy of architecture was made more than 2000 years ago, and kept working till now, without mortar or concrete, would you call me a liar?

​So, I’ll tell you nothing. Just go there and see for yourself.

Half fortress half palace, the Alcazar doesn’t look Spanish but German, reminding us the Bayern or Rhine castles.

However, it really fits well in location, in a steep hill upon the river.

​Despite the successive fires, damages and restorations, it keeps being a really interesting piece of architecture.

Built in the highest point of town, close to Main Square and visible from everywhere, the cathedral is like a Gothic island in the middle of a Romanesque archipelago.

Coming from the XVI century, it impresses by its size, the stained glass windows, and the cloister with Flemish influences.

If you walk across old town (and you surely must do it) you will be so impressed by the immensity of monuments, that you risk not to look in detail, to the magnificent collection of old houses, in traditional style.

​Now that you’re alerted, take your time, and enjoy.

Romanesque is the word most applied to Segovia. So, it makes sense to highlight one church as the local symbol of that style.

Sure! But… Which one?

But why not San Juan de los Caballeros? And San Martin? and…

​ Give up! You better have a look for yourself: they are close to each other and easy to visit.

Those monuments, the Glass Museum, and the whole site, reasonably preserved and under recuperation, deserves a relaxing visit for itself.

​Try to match the working period of the fountains.

In many cities, the need to do something different, gave someone the idea of painting and exposing colorful cows. I don’t know if it is always the same exhibition travelling around the world, or only the same idea expressed the same way in different places, but I’ve seen it almost everywhere.

​Segovia was no exception, but, I must confess that, used to the image of the bull dominating Spanish landscape while promoting a drink, the cows where very well located, clearly integrated in the landscape, not working as the visual aggression that I felt, for instance in New York or Toronto.

Back to Segovia page
in Segovia
| Tags: Memories, To see