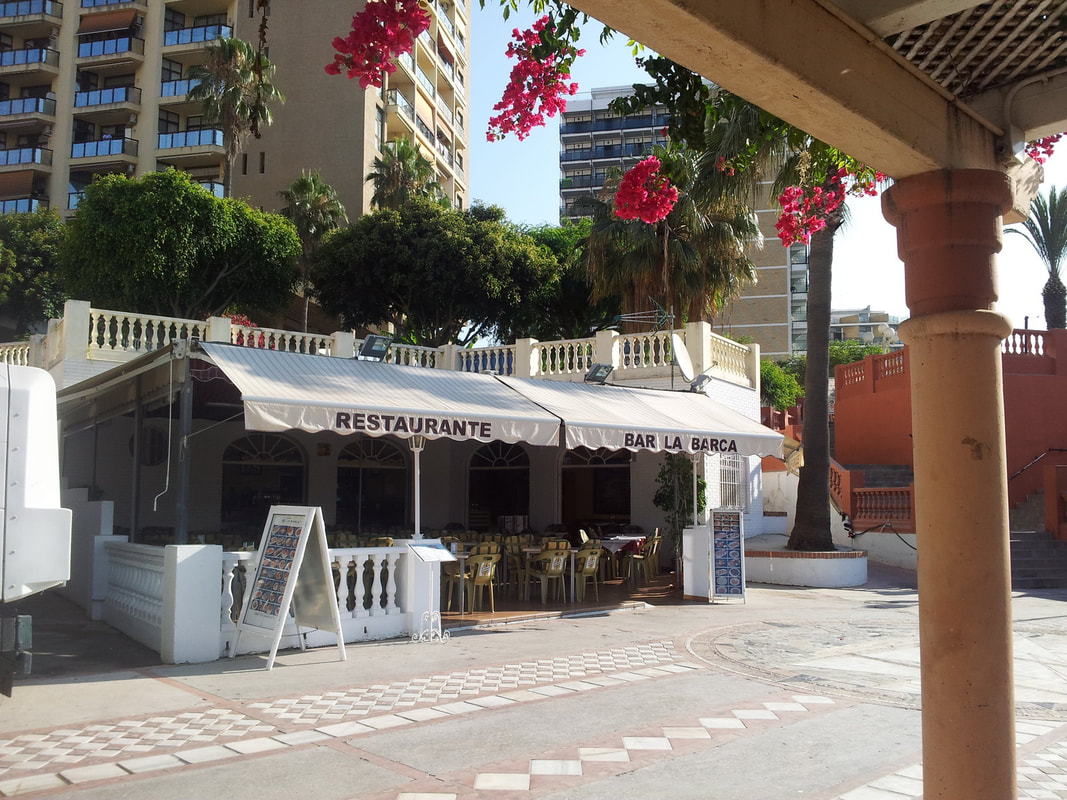 One of the many restaurants in the Paseo Maritimo of Benalmadena, close to the marina. It’s similar to his neighbours, however it seemed a little bit more expensive than the other, for identical service and quality.

​Nothing to remember nor to complaint.

We tried almost all the restaurants lined in the Paseo Maritimo near Torre Bermeja, to confirm that competition leads, sometimes, to a simple copy of each other.

The menu was almost the same as in the neighbors, the same applying to quality, quantity and prices, even in the difference between the same dish “a la carte” or in the “touristic menu”.

Nothing to complaint or to remember.

The menu of the several restaurants in this specific part of Paseo marítimo is very similar, and the quality is not very different too.

In this restaurant, we ate the normal Spanish food, maybe a little more tasteful than in many neighbors and a little bit cheaper.

The best… so far

After four days in Benalmadena this was our best gastronomic experience.

We repeated it, and though the experience was not so strong, the favorable impression was sustained.

Trying the several restaurants in Paseo Maritimo, I got the idea that they were all very similar, with very small differences.

​The best, for us, was L’Abbaye (the only one deserving repetition), and if I had to choose the worst, it should be this one.

low service, poor quantities, common food, not bad but also not impressive, and (I also got that idea) costing a little bit more than in the competition.