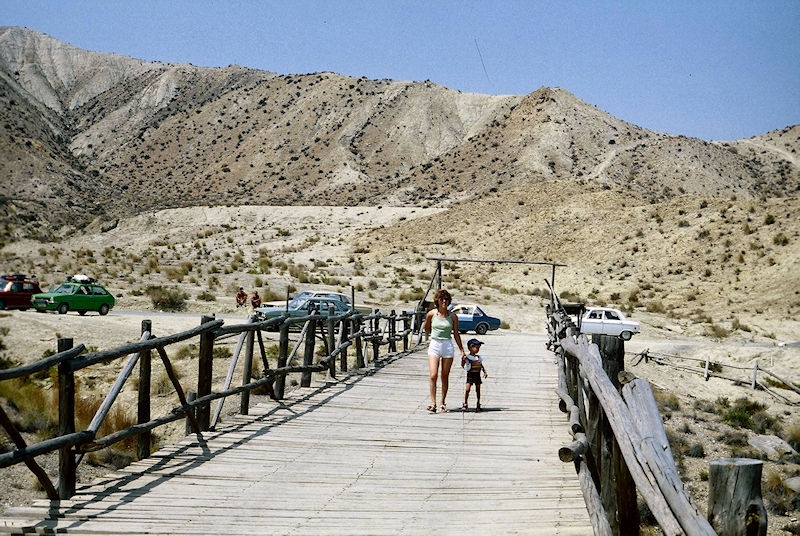 I’ve been in Almeria twice: the first one I was impressed by the yellow dry look of its desert landscape. The second one it was still the yellow, but the plastic of the endless greenhouses.

​Anyway, Almeria is the most desert area of Spain, where agriculture is almost a miracle, and the coast tries to resist against the general spreading of touristy resorts.

Well, there was a third time – I had holidays in Roquetas de Mar, so “Almeria, I am coming…”

I passed in Almeria coast about thirty years ago, and was surprised by the wild look of its coast.

I was there again 15 years later, and, though some new resorts the sensation was the same, only with the new look of thousands of green-houses.

​In my recent third look, things didn’t change much, despite some controversial buildings here and there.

Many westerns were made in Spain, with a landscape similar to the USA and better weather.

The remains are used as a theme park, allowing a break while crossing the wild area to Tabernas.

Almeria is far from being the best beach area of southern Spain, but there are two good exceptions – Aguadulce and Roquetas de Mar, where I spent a week with pleasure.

in Almeria
| Tags: To see