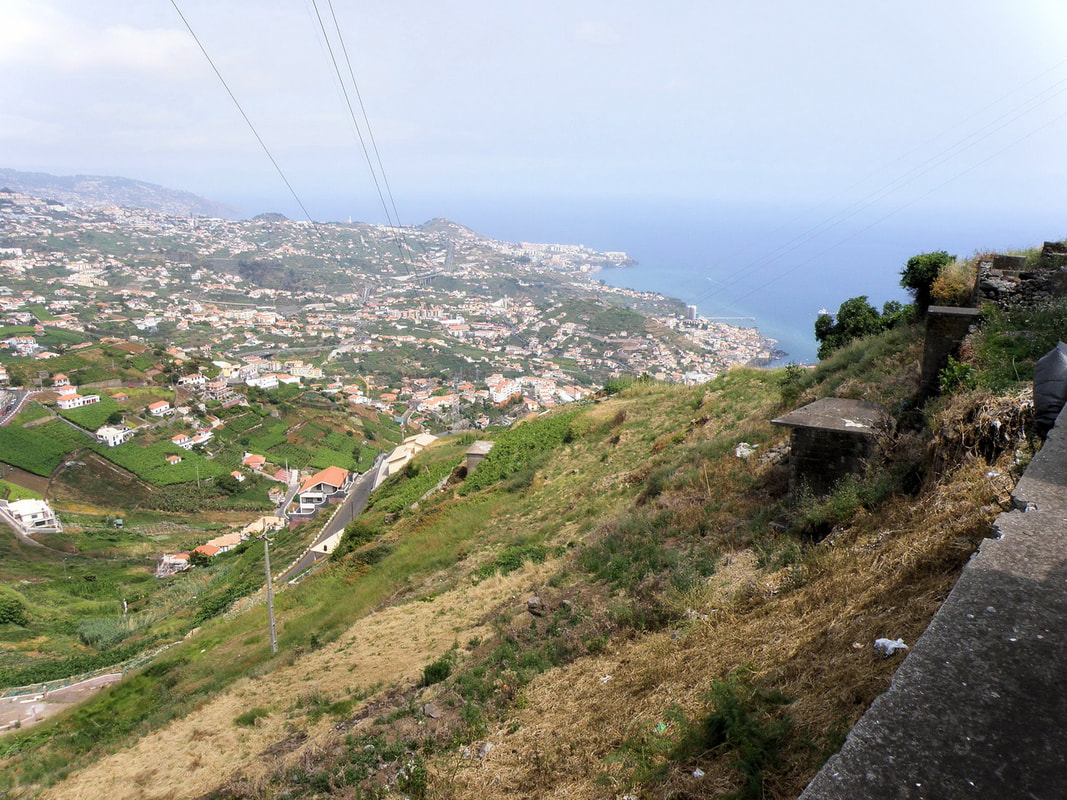 It’s hard to find where is the limit between Funchal and Câmara de Lobos. Only 6 Km away, this city is, today, almost part of the capital, only with less building density.

​All the island is prepared to show its beautiful spots, with men and nature combining to get the best final result. The steep hills are very helpful to open wide views, and flowers give the final touch. However, some point have a special charm, such as Câmara de Lobos, not far from Funchal, embracing a small harbor protected by the high mountain.

We had there a very good dinner.

Câmara de Lobos is a small city near Funchal that, nowadays, seems to be part of the capital.

By day, it is possible to notice a smaller density in construction, dominated by the port, but by night it’s really impossible to distinguish them.

The harbor, seen from above, is the main view of town.

The most famous sightseeing point in Madeira is cabo Girão, the second tallest cape in the world, 589 meters above sea level.

​It has awesome views along the southern coast, and a chapel that is one of the most important places of local pilgrimage.

Under cabo Girão there’s a small cultivated area by the sea, provided by the erosion of the coast.

​Until 2003 the so called Fajã dos Padres (“fajã” is the general name of those pieces of land in the coast) was only reachable by boat, but today there’s a lift working during the day.