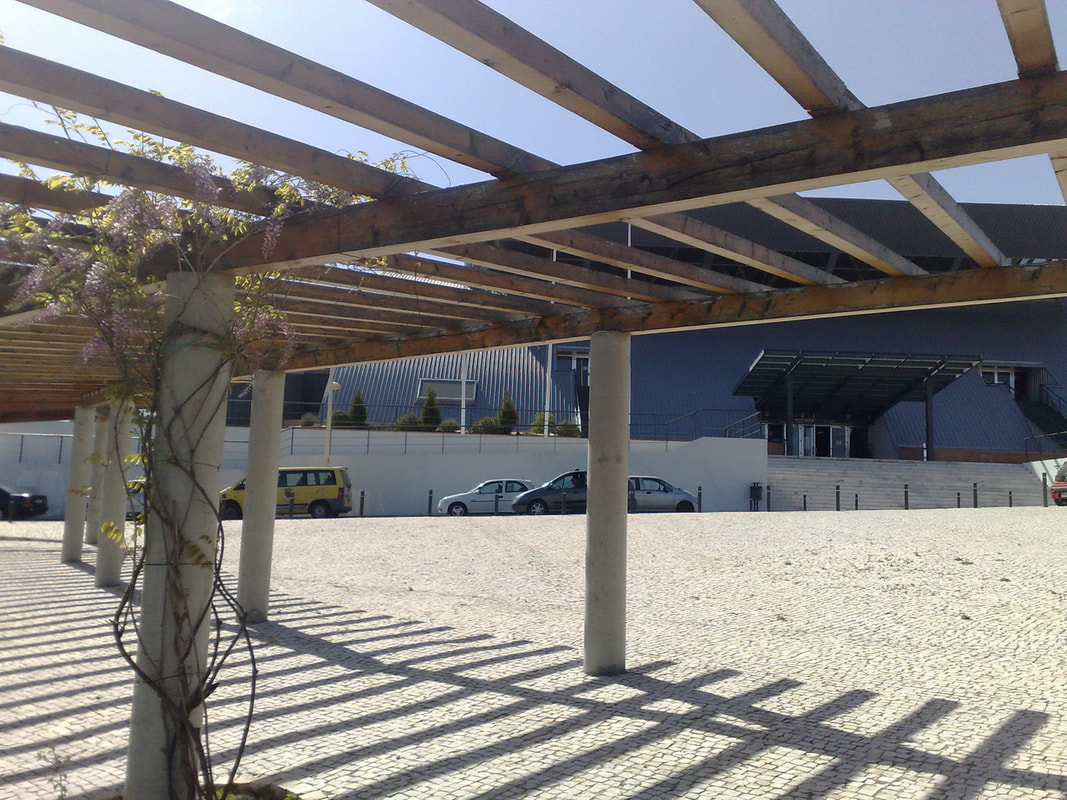 First, to visit some factories. Now… to dance.

I must confess that, so far, I never visited Torres Novas under a touristy perspective.

Well, next time I will have a look!

​Yes, there was a “next time”, but with rain disturbing the visit. Another “next time” will be in summer.

Torres Novas is not a top destination, but it will not disappoint who decides to visit it.

​With great presence in our national history, the many years of industrial vocation didn’t erase its authenticity and personality.

Conquered in 1148, Torres Novas suffered several assaults by Muslims or Spanish, being frequently rebuilt and enlarged.

When the city lost expression to other regional populations, the castle was abandoned, suffering great damages with Lisbon earthquake in 1755.

Several walls were demolished while the city was developing, until 1910 when the castle was declared national monument.

​It is being recovered with wise works, allowing today a nice and easy visit.

It’s remarkable the effort being done to recover the castle and the historic area.

Some ruined houses show that there is still much work to be done, providing sad and ugly views from the castle.

This church is one of the most relevant architectural elements of Torres Novas.

Built in the 15th century, it shows a Classic Renaissance portico with Ionic columns.

​The interior is covered by 17th century tiles, with great wood carvings and a work of Machado de Castro.

Located a little outside town, this modern building is a smart construction, well located atop a small hill, with a very elegant look.

It is fashionable in Portugal to build roundabouts wherever possible, and mayors invest in their political future by sprucing up these roundabouts.

There is everything, from the best to the worst taste, from the most austere to the most wasteful, but some stand out in particular.

That’s the case in Torres Novas, but I don’t know if the president was successful in re-election.