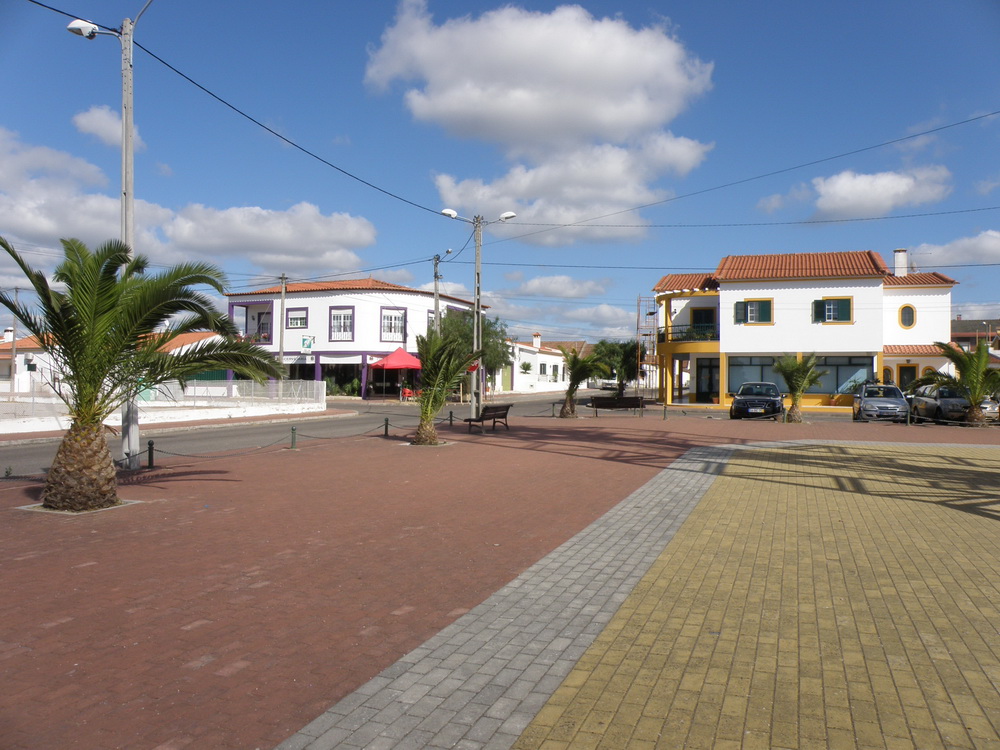 ​I passed in Benfica do Ribatejo a couple of times without stopping, until dancing made me stop for several hours (and several times).

We spent most of the time inside the pavilion housing the dance competition, but I risked to go out and to look around.

​Not a touristy place, as expected, but… I will write about what I saw (and will see, because returning is a strong probability).

I repeat that Benfica do Ribatejo, is not a touristy destination, however, it has already called me for two different reasons:

Many years ago, I went there with friends, expressly to eat eels in a restaurant called O Constantino das Enguias.

I don’t appreciate eels, ate something else and forgot the restaurant.

Recently this village started to organize dancing competitions, and that took me there again, more frequently.

​I had no opportunity to explore the village, only the area surrounding the pavilion, somewhat apart from the centre. The general idea is exactly that, a wide village, with low buildings spreading in a large area, respecting the local patterns without any special evidence. I read about a palace with interesting ceilings, but I couldn’t check it.

​Yet!The area close to the pavilion shows some modern and simple public investments, with a common church (always closed while I was there).

The market and the clock tower

The market, respecting the local patterns of architecture, has a tower with a clock.

Several hundred meters apart from it, by the church, a totally different tower, seems to match its shape.

​I couldn’t read anything about it (date, author…) but it is so irreverent that I have to smile every time I see it.