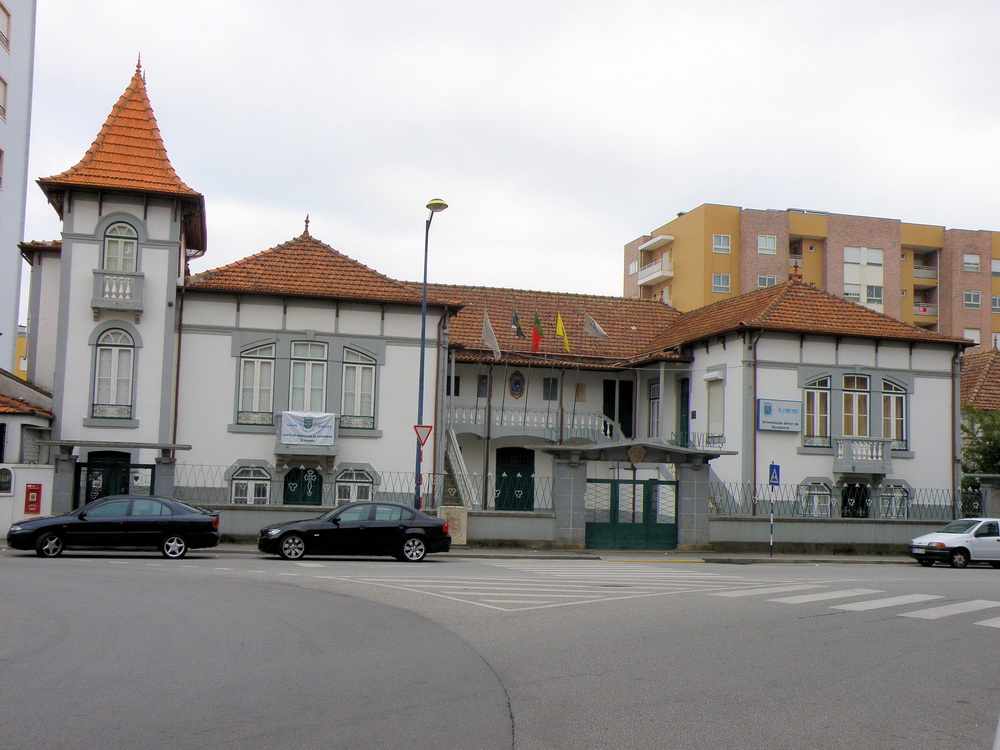 Dancing took me (twice) to Gondomar, with time to see the essential of the city that I didn’t have in my first professional visit.

I came with contradictory impressions, but… it there will be another visit,

One of the most interesting places in Gondomar is this square – harmony and personality, with the church of St. Cosme and its small museum, a nice classical house closing the square an backing a bishop’s statue

The main church in Gondomar was one of the first churches dedicated in Portugal to those saints. A few tips behind, I promised to learn why those saints are always celebrated together, in many countries.

​I found it – they were twins, killed by the Romans during the persecution of Christians in the 3rd century.

Well, the baroque church is there, built in the 17th century, with interesting altars, and a funny arch under the bell tower.

​Monument to the Goldsmith

Gondomar was always known as the goldsmiths’ city.

With a special technique to produce gold and silver lace, and a few typical designs, they conquered a great reputation all over the country and abroad.

I visited Gondomar for the first time for a meeting in the goldsmiths’ training center, and could see the careful investment done developing their skills.

A monument to the goldsmith, is so inevitable as fair.

​I am not competent to judge the monument, conceived by a local young artist, but I like it.

I was imagining what should have been the total cost of the multi-use pavilion, planned by one of the most distinguished Portuguese architects – Siza Vieira, when I saw the municipal auditorium, that, though a few hundred meters apart, looks like matching the pavilion’s plan.

​I couldn’t find when and how it was planned and built, but it is for sure recent and… expensive, of course, with its 262 seats.

“Think big” was the rule for Portuguese politicians, while investing some other’s money in their show-off.

The invoice is coming now!

The small city of Gondomar is a good example, with a large herd of white elephants.

​One of the biggest must be this huge library, built in 2005, with, I guess, a separated room for each reader.

A pharaonic structure, this sports pavilion, was planned by one of our most famous architects – Siza Vieira.

​Well, it is as ugly as his work uses to be – I know that this is politically incorrect, because he his “the master” , but that’s only the opinion of a honest and ignorant man – me.

However, it is a huge space for more than 3000 spectators, where everything seems to have been planned and money or space didn’t matter.

Of course, it was the most comfortable place where we danced, but we went there in the beginning of the great financial crises, and I couldn’t avoid a few mental questions.

It’s easy to understand how Gondomar grew in recent days. If not in size, or population, at least improving and modernizing its resources. It’s possible to see in town contrast between the images of a modern metropolis, and the signs of the small, almost rural old city.

Back to Gondomar page
in Gondomar
| Tags: North area, To see