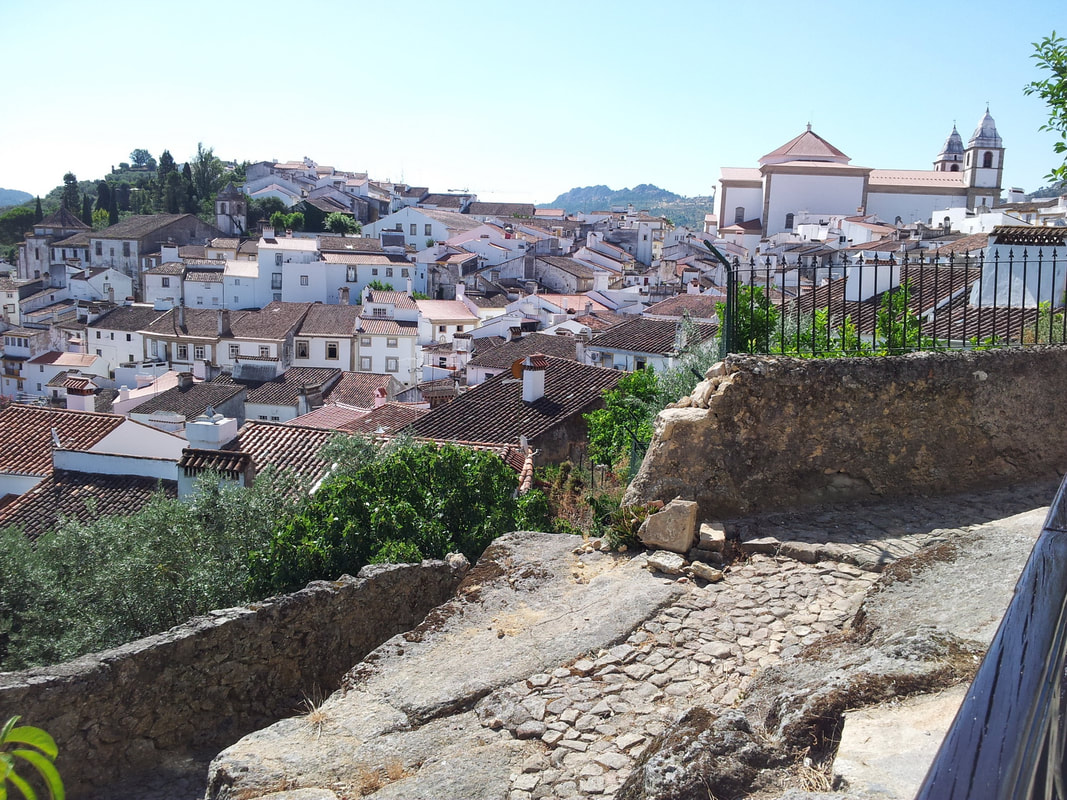 My first visit to Castelo de Vide was a brief stop, with a good impression, leading me to decide that, one day, I would return with time.

I did, and the good first impression was totally confirmed.

The city is not big, but the most interesting area is the smaller old quarter surrounding the castle.

Here and there, it seems stopped in time, with the signs of the hidden Jewish culture, preserved at a medieval scale.

​It’s step and with irregular pavement, but not too hard to walk with male shoes or by advised ladies.

When, in 1492, the catholic kings of Spain, expelled the Jews, Castelo de Vide, close to the border, was one of their favorite destinations.

Nowadays, one of the highlights of Castelo de Vide is the Jewish quarter, stretching in the steep hill of the castle.

​Several buildings were restored, and the whole, though demanding some effort to visit, is very harmonious with some nice spots.

According to official tourism information:

“It is not clear when the synagogue was founded, but a Jewish quarter existed already in the 14th century in Castelo de Vide, composed by a some houses at the bottom of the castle nearby the main entrance.

The synagogue is situated in Rua da Judiaria / Rua da Fonte, the building is orientated east/ west. It is composed by one area with two floors.

In the room intended to the cult is a tabernacle, we see holes for the lamps with Sacred Oil. At the right side is a support for Holy Scripture with seven balls on the plinth, representing the six days in which God created the World and the last one symbolizes the last day, the day for resting.

The building became a residence in the 18th century. In 1972 it was rebuild according to the primitive trace.

Beside the door to the first floor there is a little opening called the sign of the MEZUZAH, Hebrew word meaning door jambs.

In this opening was kept a holder with a little parchment where were written some words of the SHEMA, the most important prayer of the Jewish cult. All the doors are Gothic with imposts and sharp edges, logs and flutes.”

​Reading from other sources we may learn that this is the oldest synagogue in Portugal, being used already in the 13th century.

The church and the pillory

A village with personality

Each year, a big dancing festival happens in Portugal, in August, generally trying to occupy a special wild and beautiful area, in the interior of Portugal. This time, they chose a dam close to Castelo de Vide, a really beautiful area, that they expect to use again.

Well, the landscape is really beautiful, but it was so hot and dusty, that it was difficult to stay too long, and to pop from one dancing style to the next one, in the 5 stages used during all the day.

​Castelo de Vide deserves (and maybe needs) these kind of events, inviting us to forget the distances and visit it more often.

​PS – In 2016 more than 400 cars were burnt in a terrible fire in the parking. That didn’t stop the organization, and Andanças continue.