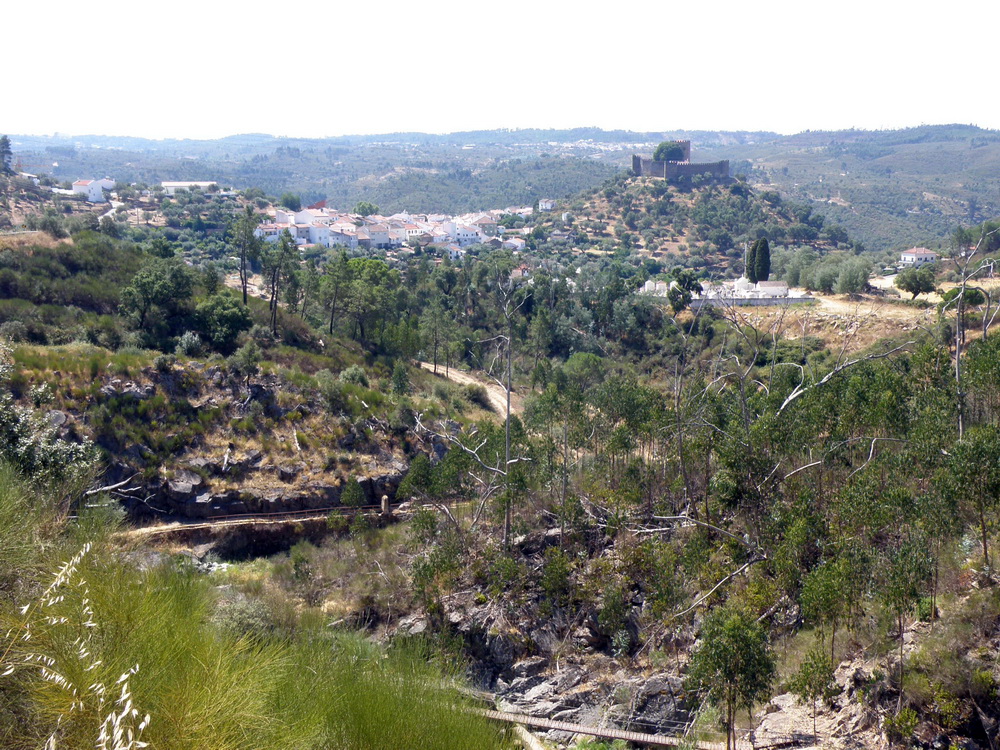 For many years I heard good references about this castle, but, being so far and away from any other featured destination, I always skipped it.

This year we took a large weekend to travel inland, and the detour to Belver was planned.

Well, the castle is as interesting as I knew, but also the site, mirroring in the calm water of the dam, is very beautiful.

​Really a very nice detail in any trip in central Portugal!

It was the first castle constructed in Portugal by the Hospitallers, located by Tejo river, to stabilize the border between Christians and Muslims, in the 12th century. It was ruled by the religious order until the 14th century, and kept being used for defensive purposes with some adaptations, until the 18th century.

​A strong earthquake in 1909 caused serious damages, but in 1939 the recuperation was started, and, with successive interventions, it was carefully recovered during 50 years.

Back to Belver page
in Belver
| Tags: South area, To see