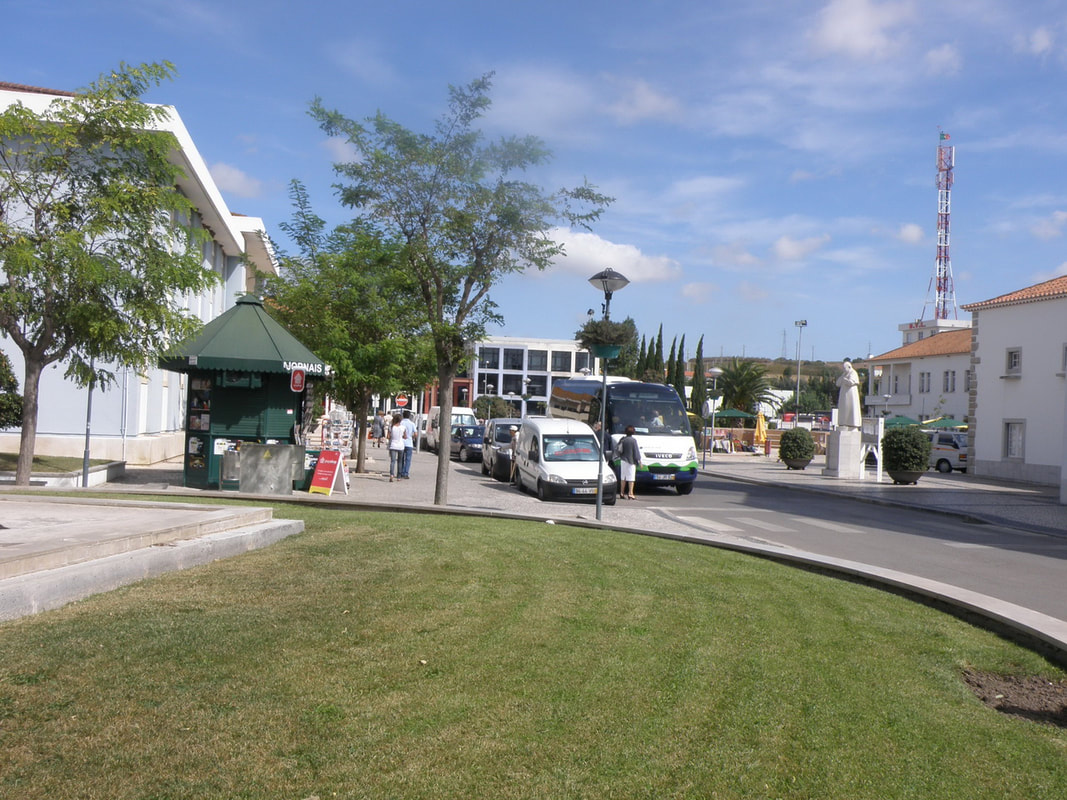 Visiting Lourinhã for a lunch

Lourinhã is known mainly for its dinosaur’s trails.

​In my first visit I didn’t see them but had a nice lunch with friends.

I returned later and visited the park. I will write about it.

Right in the centre of town there’s a discreet church, that is a classified monument.

This convent comes from the 16th century and shows the signs of the several transformations suffered along the centuries.

​I didn’t have time to enter.

If you like trekking, then the PR1 “Route of the Dinosaurs” may be your choice.

It begins with the Lourinhã Museum, which includes a valuable palaeontology wing, and ends at Fort Paimogo after almost 10 Km with dinosaurs’ footprints, sites of historical interest, such as the Convent of St. Anthony, Misericórdia Church, Castle Church, beautiful natural landscapes, and the sandy beaches of Friars Valley, Caniçal and Paimogo.

​In my brief first visit to Lourinhã I couldn’t do it, but couldn’t also forget it, noticing the decoration of a roundabout.

In the centre of town, a discreet statue celebrates the fighters of the Colonial War.

Nothing important except a funny coincidence – my visit to Lourinhã was for a meeting of the old fighters in Angola.

Friendship is the best monument.