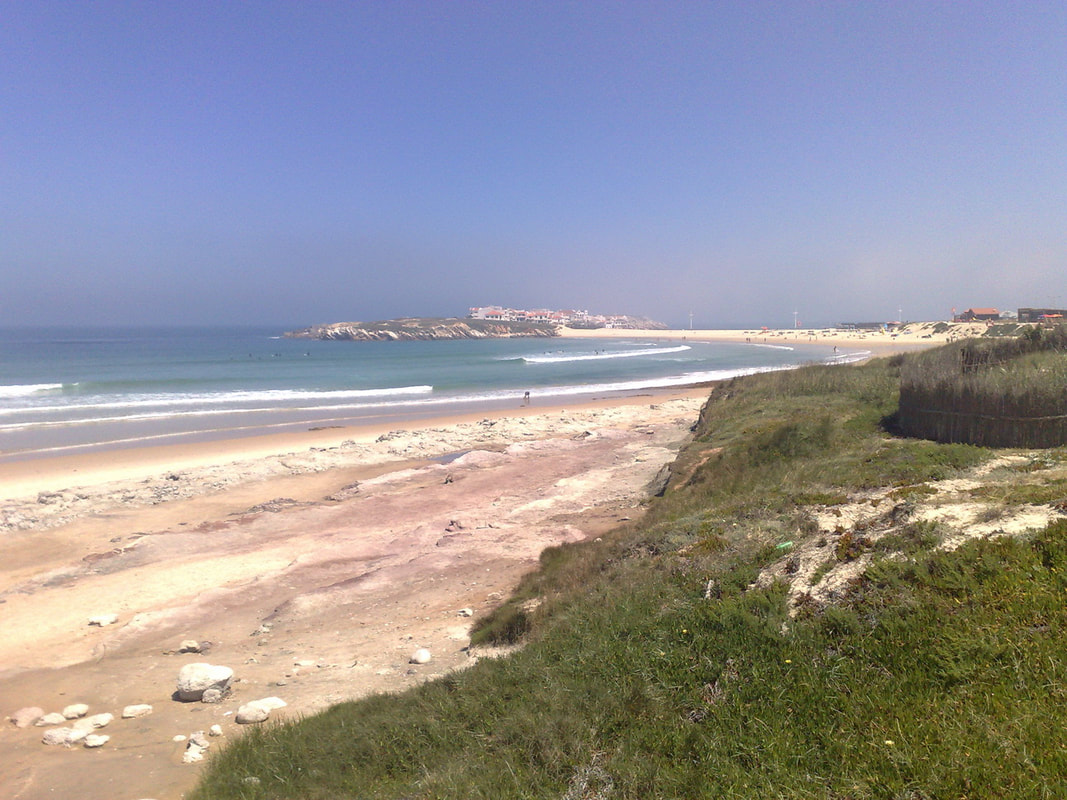 When I was a kid, Baleal was an island so close to the coast that, in summer, the sand deposited in that short distance turned it in a ephemera peninsula. Both sides of that stripe of sand were good beaches, protected from surf by the island, one of them (I don’t know which one) creating many algae, the other better to swim.

​Now, the sand connection seems to have become stable, with a road on its top, allowing cars to enter the island, but still providing a beach in each side. The southern one, a several kilometers long beach, linking to Peniche, became a surfers domain, without sacrifice of its wild beauty.

Nazaré is (fairly) the top destination among the western beaches of Portugal.

However, for those who prefer more quiet and isolated beaches, there’s a second line of much quality: Baleal is one of them, and the camping park and the few apartments that line the beach, only in peak months add a significant movement to it.

​Ten months a year, it is a refreshing “out of the beaten path” for the Portuguese (and other).

If you want to swim, the beach is wide, clean, and generally safe, but the water is cold (as in all the western coast) and most people prefer to learn or practice surf.

​July-August have the usual problems of crowds, but in all the other months the beach is a space of freedom and health.

No, I’m not a specialist – as a matter of fact, I never tried surfing. But the enthusiasts that I know, they all merge here, in all their free time.

In a free day, Tito came expressly from Lisbon, and I spent two relaxing hours watching him and friends “bathing” the surfboards.

Back to Baleal page
in Baleal
| Tags: Center area, To see