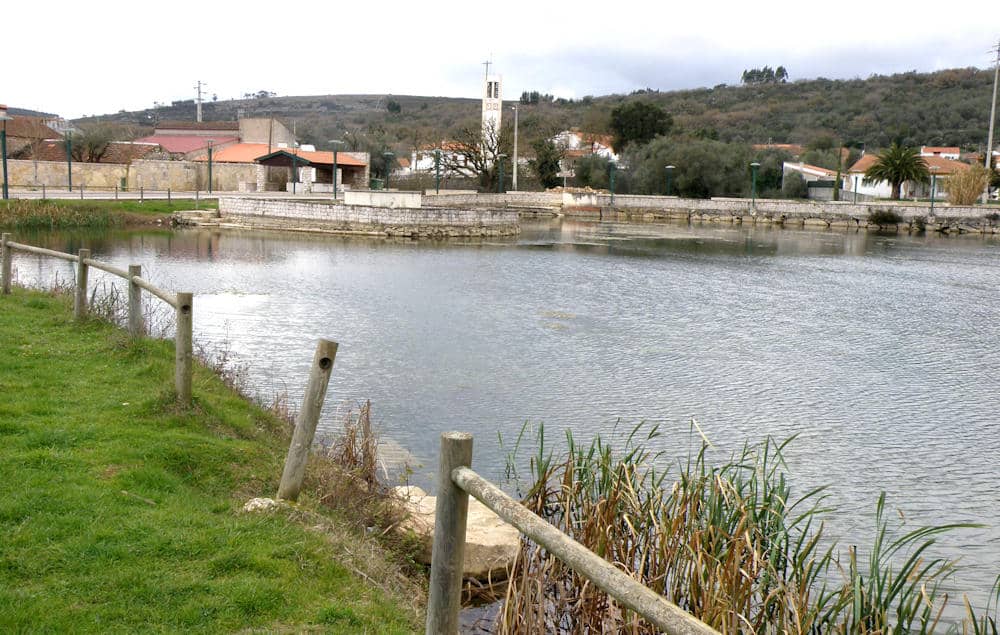 Arrimal is too close for us, and a simple but nice place to visit, so we do it quite often.

Staying there was, ten minutes distant from home, was something “impossible” until this New Year’s eve.

The old church of St Anthony was used until the middle of last century.

In 1930, a new cemetery was built, stopping the burials in the church’s yard. A few years later a thunderstorm cut a tree in the yard in two. Superstition, and the odd image of a live tree split in two halves made the visit to the church and tree become a curiosity, almost a pilgrimage.

​In 1977 a new church was built in the centre of the village, and the old one was abandoned. The tree is still there, but dead, announcing that everything has an end.

The main attraction in Arrimal are two small but beautiful lagoons, a few hundred meters apart.

​A few wild ducks became residents, but the constant presence of men reduces (without stopping) the regular visit of birds and other wild animals.

Now only a touristy element, the lagoons were the center of local life in the old days.

The domestic animals were lead to the lagoons to drink, and the need to preserve the water for human use justified the opening of wells, even… inside the lagoon.

​Some locals say that one of the springs has salty water, but I couldn’t confirm it.

During the construction of Alqueva dam, in Alentejo, someone noticed that, among many other things condemned to be submerged, there were a few olive trees many centuries old.

​They decided to try to save them, and they were transplanted to Arrimal, were they can be seen from the road, well protected and in good condition.

Arrimal stays in the middle of the natural park of Aire and Candeeiros mountains, and it is a good starting point to see the park.

Starting in one of the lagoons, there are two easy trails that can be followed in less than two hours each. Eastbound there is “Serra da Lua” trail, leading to a small mountain near the village, and westbound “Arco da Memória” leads up Candeeiros mountain to a medieval arch built atop of it.

​Both trails are well signposted and are easy to follow.

Back to Arrimal page
in Arrimal
| Tags: Center area, To see