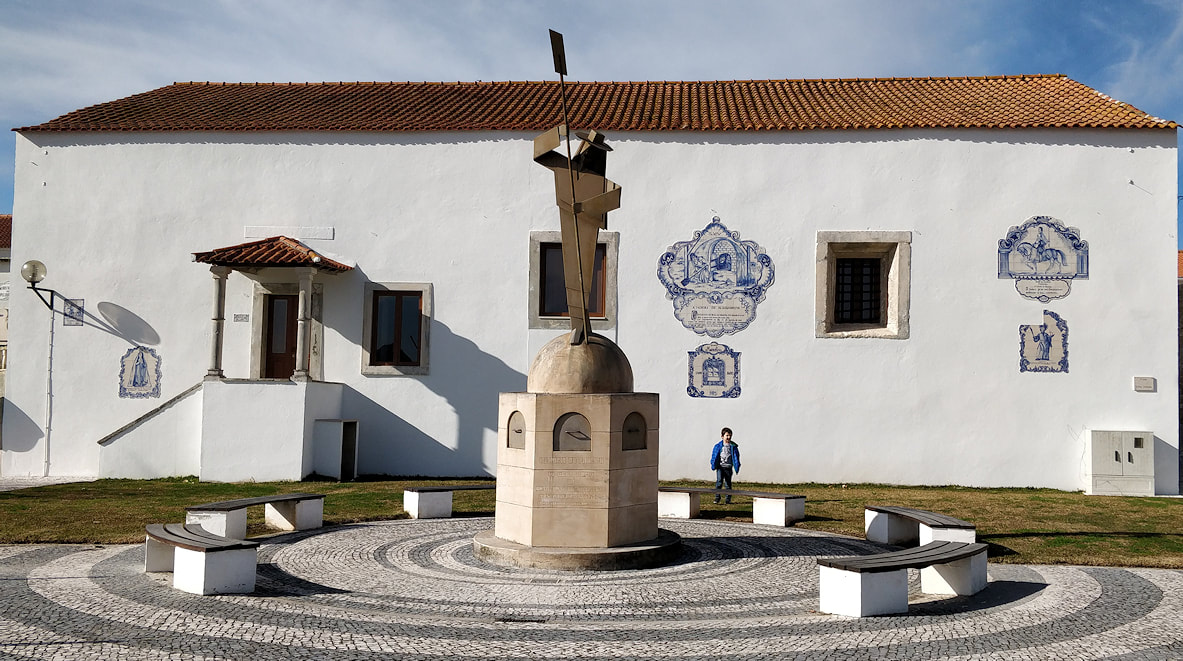 Land of a legend

Aljubarrota is a small city with a giant name. In the 14th century, Portugal was about to lose its independence to the Castilian, defeated in a final battle in this area.

The battle was historically named “Aljubarrota”, but its memories are spread in three places – this one gave the name.

São Jorge seems to have been the real battlefield, and Batalha received the commemorative monastery.

The pillory seems to have been erected almost 200 years later, under the reign of D. Manuel II.

According to a legend, after the battle the Castilian soldiers fled to where they could, and 7 of them found refuge in a bread oven.

The baker saw them, and with the shovel she slew them all.

True or false, the baker is locally honored, but it does not seem to me that the local bread has gained a great reputation.

The bell tower or Clock Tower dates from the time of D. Sebastião, who spent long time of his youth in the Monastery of Alcobaça.

​The Tower, symbol of civil power. is separated from the City hall (now the seat of the Parish Councils) constituting a very beautiful and rare architectural model. (from DGPC)

Closing by the north this beautiful central square, this small church is the remains of an old hospital