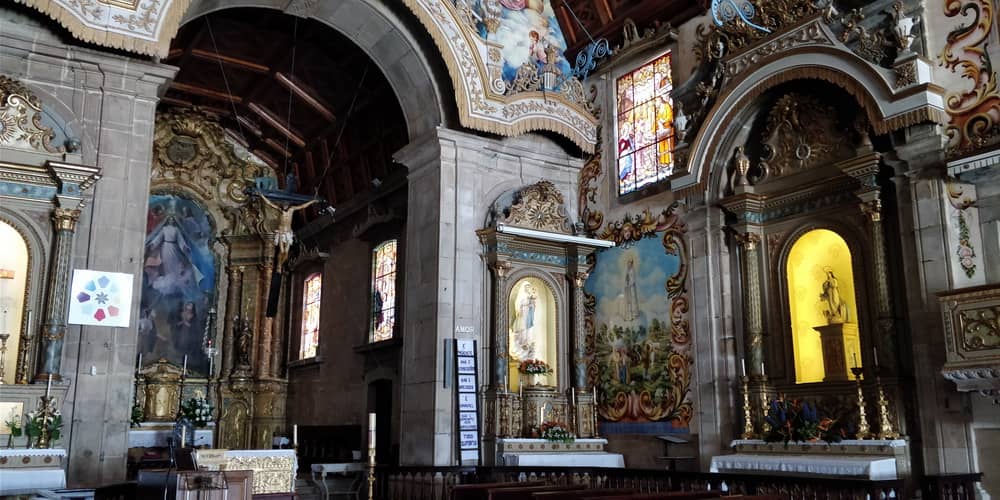 An immense panel of tiles covers the facade of Válega church. Tiles on the facade are nothing new, but the size of the panel is not common, and the way in which the decoration extends into the interior is, in fact, unique.

Although originally from the 18th century, it was only in the middle of the 20th century that the tiles were applied.

The first major intervention in the church took place between 1923 and 1958, when the coffered ceilings were built and the first tiles were applied in the chancel.

Afterwards, the enthusiasm for the tiles was taken to an extreme, and covered the entire church, not even escaping the small chapel of the baptismal sink.

The village is modest, but the pride with which it displays its original church is perceptible in the careful arrangement of its surroundings, with no lack of tributes to those entitled to it.

Back to Válega page
in Válega
| Tags: Center area, To see