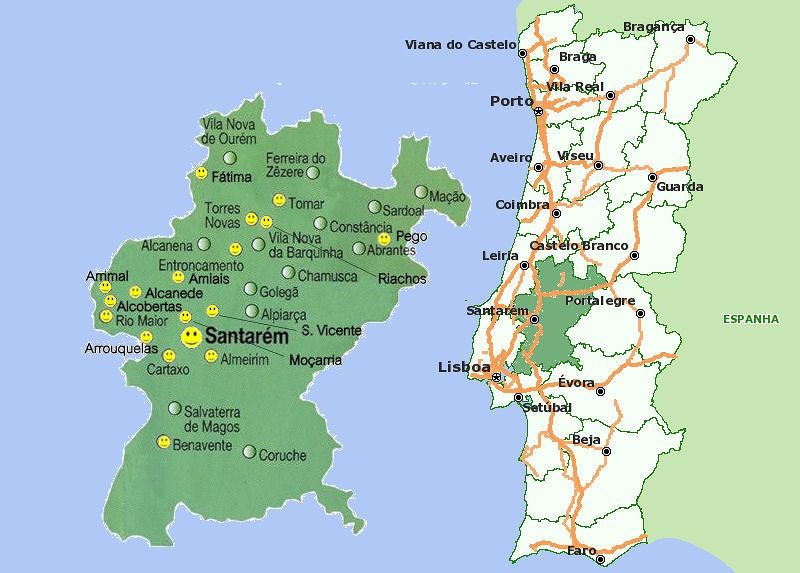 Family matters took me also to Alcobertas, but dancing was what pulled me deeper inside “Ribatejo”, “rediscovering” some other places. That’s how I went back to Entroncamento and Torres Novas, but that was also the pretext to “discover” Moçarria, Salvaterra de Magos, São Vicente do Paúl and Cartaxo, Vale da Pedra included. Amiais de Baixo, a place where I’ve never been, was the residence of several friends used to gather in Nazaré, but that I didn’t meet in my dancing visit.

Porto Alto, before the arrival of Chinese wholesalers was just a detail in the old way to Algarve, now it is something more.

A special place was added, through some friends in our dancing team – Arrouquelas is just a village, but Badula farm and its wine production became a mandatory objective for some great days in September. Nearby, Anteporta has a good restaurant.

Why not making it a regular meeting point? As you may verify… I will try

Almeirim is mainly a land of bulls and wine.

I mean, it was, before José Toucinho started to sell that gastronomic bomb called “Sopa da Pedra”.

Now there are many restaurants  selling “the best” sopa da pedra, but we stopped going there so frequently because that soup is today available almost in all the country, always with different details, always strong, generally good tasting.

​Anteporta is a village where in didn’t pass much times and always skipped until a friend strongly recommended a local restaurant.

Then, we went there expressly to try that restaurant.

It is good, yes, but, in a area with so many good places it didn’t enthusiasm us for a new visit.

And I forgot to look around…

Each September i visit Arrouquelas.

A friend has a winery there, and harvesting is a regular pretext to a little work and a large fun.

I had a look at the village, but I must confess that Badula farm is the only thing inviting me there.

​Dancing, was, in many other places in Ribatejo, the reason that took me several times to Benavente.

Though the competition forced always several hours inside the pavilion (or the pavilions, because we dance also in Barrosa, a village nearby, I had time to walk around, seeing the place.

It’s a calm and nice place, where we once more, had the opportunity to end the competition with a reinvigorating picnic.

​In a remote land in the center of Portugal, during WW1, three children announced the apparition of a lady “brighter than the sun”.

Faith and commerce merged to, in less than a  century build in that nowhere land a city.

Fátima is the capital of religious tourism in Portugal, with millions of visits each year, mainly in May and October.

It left me the idea of a working progressive small town, taking good advantage of river and dam to compensate the distance from the coast.

PS – I don’t risk to go there in the next years – the rich forest, and the great landscape were seriously compromised by the tremendous fires in 2017.

A couple of years, and I hope everything will be back to normal

I know the existence of Moçarria for more than 50 years – my mother was born close to it, and in the stories of her youth Moçarria were frequently present.

I never thought that I would, one day know the place, until I decided to amuse myself in dance competition. That took me to Moçarria, and in my third visit I decided that it was about time to be the first writing something about it.

What should I say? Well, it’s one more place where you may find the best of Portugal – its people, and not much more.

Many times I passed in Ourém only only one of them deciding to climb the hill to go to the castle. Many years have passed, and recently I decided to repeat the visit.
I was delighted with the work that tourism has imposed on the beautification of that historic space.
Now, it is worth going up to the castle of Ourém.

This is a village about 10 Km far from Abrantes where I never had been until one more session of dancing championship occurred in… Pego. I had no time to see it.

We arrived late, danced, and made the usual picnic at the end. But I think that we will repeat the visit, maybe with time to look around. Dancing keeps me visiting the area, but Pego was not repeated, so far,and the second visit keeps being delayed…

Once upon a time there was a village, only with one of the most prestigious Inns of Portugal, 30 km away from Lisbon.

One day, the Chinese came and Porto Alto became a plantation of stores of all kinds of Chinese junk.

Then came the crisis, the Inn became a stunning downfall, dozens of Chinese warehouses mimic it, and Porto Alto lost dimension and life.

What will lead a tourist to Porto Alto?​ I don’t know. I passed there a lot of times, travelling elsewhere, and that can also happen to a lot of people. On the border of the immensity of the Alentejo, this is an option to stop and eat something.

That’s what I did. Twice. Until now without any reason for celebration, but here I’m collecting the experiences …

​I didn’t visit Riachos – I just went there to receive my National Champion band and have the worst dancing performance of my life – till now!

So ashamed, that I had no guts to see the village.

Capital of the district, Santarém is a city full of personality, and proud of his character and traditions.

Without any outstanding monument, it has many Gothic examples and small beautiful details fill the city.

​More than to see Santarém it’s important to live Santarém and its marriage to the river.

Tomar is, Fátima excluded, the main touristy destination in the district.

Christ convent is the gem that justifies the trip, but there are many other interesting details in town and around it.​

​First, to visit some factories. Now… to dance.

I must confess that I never visited Torres Novas under a touristy perspective.

Well, dancing took me once more to its vicinity, and allowed a couple of hours. The temptation was big and I couldn’t resist

Not much time and the rain made me plan another visit