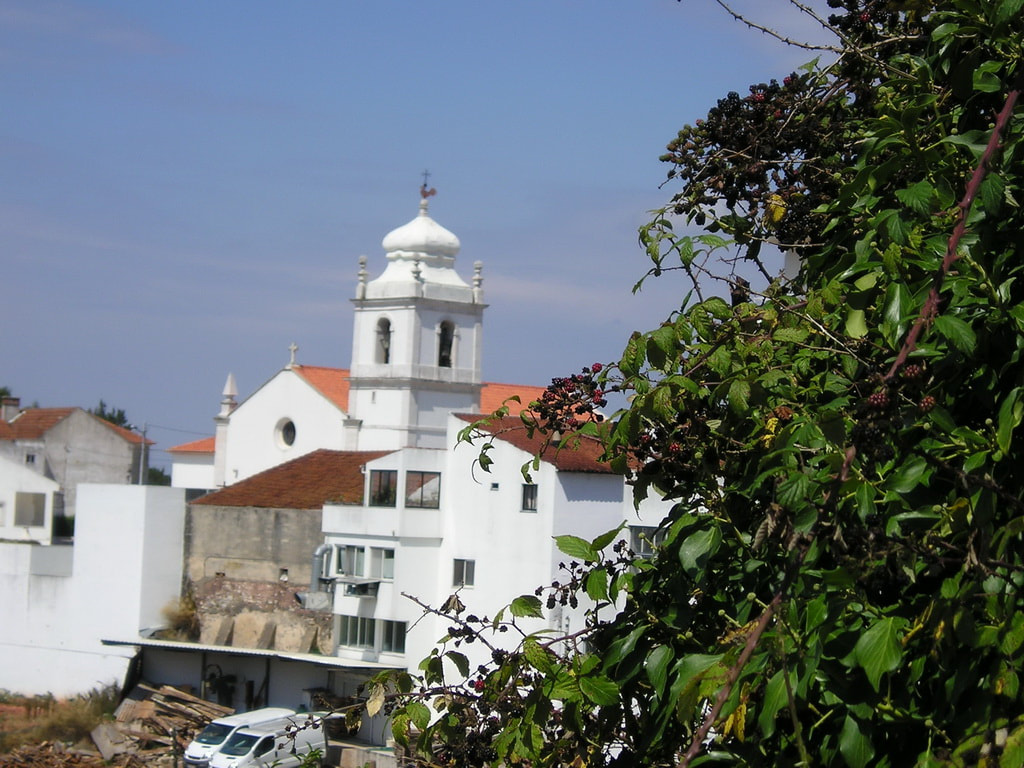 Nested around the church, Turquel was in the middle ages a small town, loosing importance and dimension in the last centuries, until becoming a village. After the revolution of 1974, Turquel started growing again, recovering the status of “vila”, which means small town, and reaching a balance that mixes the resources of towns with the quiet and healthy rural life.

Combining rural tranquility with all the essential exigencies of modern life, Turquel is a good place for an inexpensive exploration of the surrounding treasures. ​Missing local attractions and hotels, there are some cheap guesthouses around it, specially lining the IC2 road, some of them with good and cheap restaurants, easy to book locally, even in high season.

Turquel is no longer a village, but it is not yet a town. The traditions are fading, the authenticity is vanishing, all replaced by an uncharacteristic look. But, anytime the old images appear, the nostalgia forces the question: Is this real progress ?

​PS: Crisis, stopping the boom, seem to confirm my doubts…

Successive reconstruction gave to the interior of the church a modern look, only betrayed by the doors, the original baptismal basin, and the image of Nª Sª da Conceição.

The old church of Turquel (16th century, it seems) has suffered several restorations, that changed completely its interior.​Fortunately, all of them respected the Manueline doors, both classified today by our national monuments department.

For centuries the symbol of justice and authority was the pillory, that most cities preserve as references from their past.

​Turquel is no exception, and in the central place the pillory stands in evidence as our main monument

This column was erected in the church’s yard by the initiative of my school teacher, in 1940 ( don’t blame me, I only was born six years later, in the pink house in the background), to join the nationalist enthusiasm used by the dictatorship in the celebration of the 300 years of recuperated independence. Lisbon made the exhibition of the “Mundo Português” that gave the actual good frame to Jerónimos and the Tower, in Belem (see my Lisboa tips about it) and Turquel, at its scale, as many other villages, couldn’t stay behind.​ The monument was moved, but still stands, now in the opposite side of the church.

Rua da Neta, is one of the oldest streets in the city.​ This cobblestone steep street still has a classical house (the last one, I think) following medieval conception – animals in ground floor, people in first stage, with a staircase in front.

“Relego” was the name of a tax paid in the historic days to the monks of Alcobaça, who owned all the surrounded area, including Turquel. Relego is now the name is the highest hill of Turquel, maybe because it was the place where the tax was collected, and it is one of the most preserved area of this quickly changing small town.

Right in the centre of town stands this modest chapel built in 1762. It still keeps some tiles representing Saint Veronica, but the hospital was closed long ago.

​Recent construction around it didn’t respect the building, that has been almost swallowed by the greed of mass construction.​

I lived in that street for many years, and, believe me, moving away was the best idea, not only because I got free from the flea market that happens each Sunday in the street, but I only need to write “R. Luisa” in my address, instead of “Rua do Senhor Jesus do Hospital nº X”.​Uff!

In the old days, the few tourists passing by, stopped in the main road, taking a picture of a small mount surrounded by agricultural fields, with three windmills working in its top. Landscape changed, concrete replaced agriculture, but a couple of windmills still resist, mixed with the houses, with the owners showing their love for the old memories.

​Till when? The view from distance is now seriously disturbed, but approaching the windmills is today, much better.

It was a great surprise to me! Living in a small village, where (supposedly) everybody knows each other, I was one of the dozens that fought the war in Africa, with the idea that our community was spared, and no one got killed. It was a surprise to see, facing the cemetery, a simple monument remembering nor less than 4 neighbors killed in the war.

Justo Couto, Silvestre Silva, Vitorino Simão, and Manuel Lopes, this one, most lightly, one of my distant cousins, were the victims.

​ For all of them, my respect.

Sometimes Turquel changes its face and surprises us.Beauty may be across the street, and since 1989 no more snow in Turquel, until 29/1/2006, when snow was an extraordinary event in almost all the country, and a good opportunity to unusual photos.

​I hardly had time to make pictures, and it was the first (and last) time that snow became a problem – I needed to bring Fernanda from Coimbra and traffic was closed for some time.

in Turquel
| Tags: To see