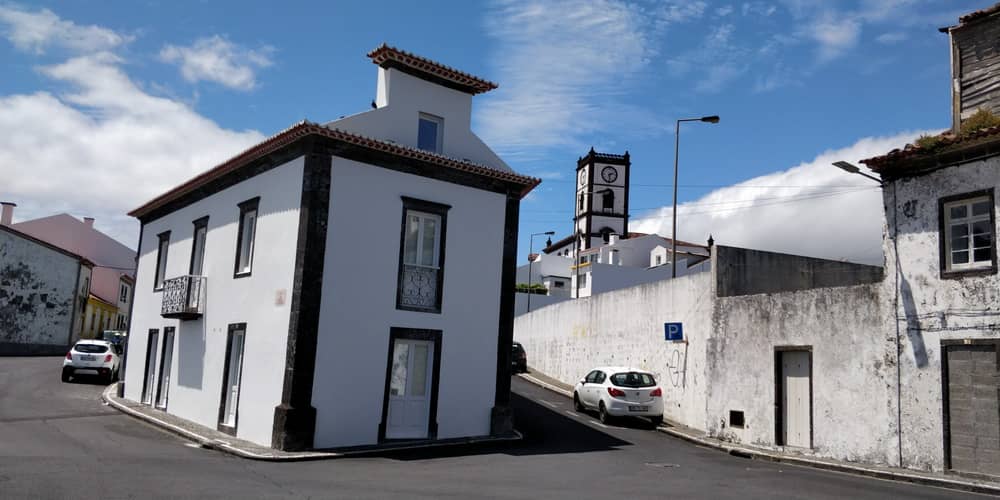 The Islet of Vila Franca do Campo

The islet of Vila Franca do Campo is a must visit, and we tried to fulfill it on both visits.
The capricious weather of the Azores did not cooperate, and it remains as one of the goals for the third visit.

According to a tradition, the Ermida was built in the early 16th century, where a shepherd found an image of Our Lady in a cave.

It underwent several reconstructions after 1764.

Built in 1522, this church was completely remodeled in the 18th century, with the inclusion of elements sent from Portugal.

The city center is particularly pleasant, with several historic buildings sharing the typical image of black stone moldings enhancing the whiteness of the facades.
The sobriety of the palaces and the grace of the churches complement each other with great efficiency.

Destroyed by the 1522 earthquake, the new building was only replaced about 50 years later by the current one, remodeled in 1777, according to the date inscribed on the interior, and in 1833 to replace the pillory with a staircase.

Base for great popular festivities with more than a century, this church appeared in the 16th century as part of Misericórdia.

The name “Bom Jesus da Pedra” derives from a legend that says that a stone image was given to the coast, inside a wooden box, on the beach of Corpo Santo.

By the sea, there is a simple tribute to D. Henrique, with a statue in the square that bears his name, and where a small chapel stands out.

For mainland Portuguese, “banana” is a word that suggests “Madeira”, “ananaz” is identified with “Azores”.
It is not necessarily so, and I was not surprised to see in Vila Franca do Campo an extensive plantation of bananas, also present in small quantities in many places.