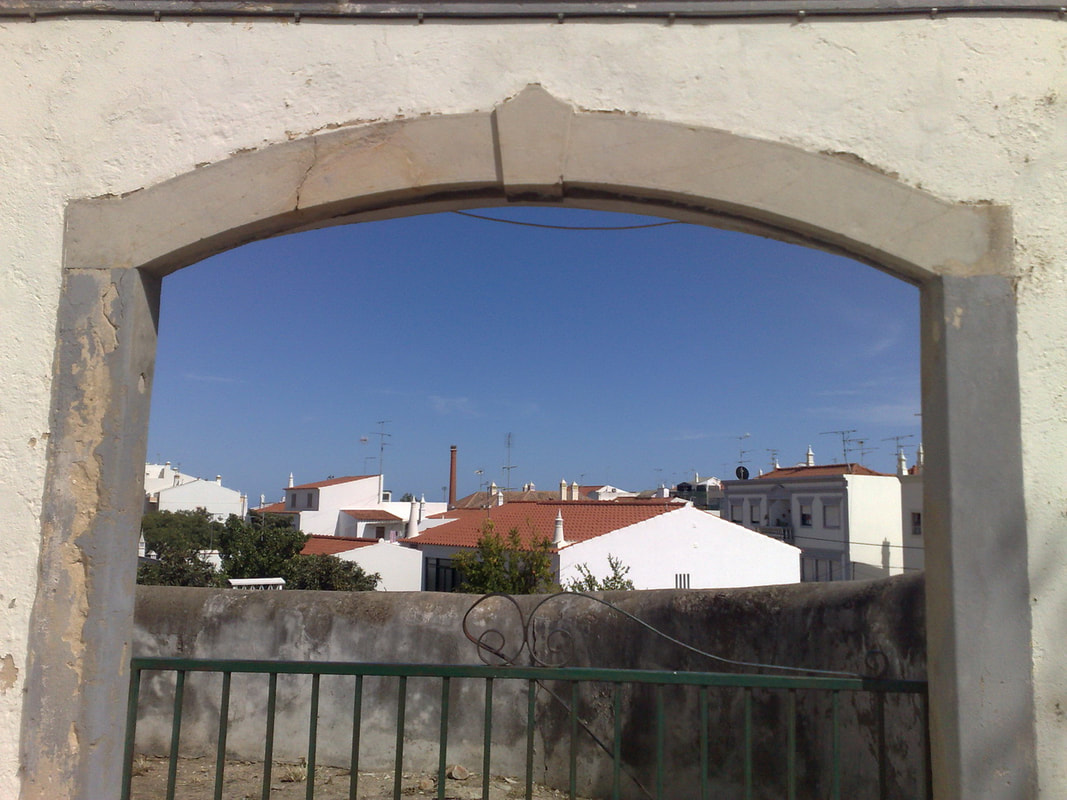 A dozen times I bypassed Tavira, going somewhere else, always feeling that I shouldn’t do it.

This time I went there, and took some time to visit it.

​It’s really nice, and they are working hard to enhance its typical characteristics.

A good break in sun and bathing times.

After the conquest of Tavira by the Portuguese, in the 13th century, the mosque inside the castle was replaced by a christian church.

Lisbon earthquake damaged it, and it was reconstructed, using all the possible elements of its Gothic conception.

With a rich history from its Phoenician (?) foundation, including Roman and Muslim occupation, Tavira is making a strong effort to collect signs of those times.

In several places, it’s possible to see excavations, and important remains that are being studied and classified.

The Islamic museum should be already open, and the Phoenician wall will be explained to visitors soon.

The centre of the city was modernized, respecting all the traditional buildings and streets.

Strolling along the small city centre is easy and pleasant, with a few historic elements side by side with modern shops and restaurants.

The municipal market was moved to a new place, but the old building, in the centre of town, was transformed in a mall, keeping its old look.

It was a good idea, embellishing the city, though it didn’t add much, in a commercial point of view. Focused in tourism, the main business are cafes.

For many decades, I don’t see any band using a bandstand – different ways of fraternizing and performing, made them useless. However, they remain a symbol of the good romantic days, embellishing gardens and enriching the youth’s imagination, unable to understand why their grand parents used them instead of mp3 readers.

Tavira wisely preserved it, and it is the main detail in the small central garden.

Built between 1744 and 1792 near Carmo convent this church has a Baroque facade, but in its six chapels the dominating style is Rococo.

Close to Carmo church there’s a former convent with the same name, built in the 18th century, one century later abandoned by the church and occupied by government.

Nowadays it is used for several purposes connected with school and arts, including music and cinema.

​Built in the beginning of the 16th century, this church has a renaissance style, with a baroque facade added in the 18th century, only keeping the original door.

Built and rebuilt in several periods, the experts find in this castle and walls, signs from the Muslim times and christian changes.

Destroyed by 1755 earthquake, most of the walls were dismantled, but there are still disperse elements (walls and doors) in the centre of town.

Tavira is crossed by Gilão river, a small river that allows some agriculture. Its main point is the roman bridge in the centre of town,and, we may say, the baptism point.

Yes, there’s a funny thing that I can’t explain: Why does this river, named Séqua, arriving to the bridge, change its name to Gilão?

Well, I couldn’t explain but found a possible answer in www,geocaching.com (and other sites):

“The Legend of River Gilão/Séqua

Legend has it that at the time of the moorish occupation there was a moorish king in Tavira whose daughter was called Séqua. It is also said that at the time of the christian conquest of the kingdom of Algarve there was a handsome knight named Gilão. Gilão met Séqua and fell in love madly… however lived in fright of a forbidden love, a moorish princess and a christian knight.

The knight and the princess were terrified as they are discovered, because they knew they would be accused of treason, then dramatically ended their lives. Séqua threw herself to one side of the bridge (upstream) and Gilão threw himself to the other side of the bridge (downstream). According to legend, they still drifting in the river.

Located by the castle this old church (XIII century, by donation of king Afonso III to the bishop of Silves, and later owned by the military order of Santiago) was damaged by Lisbon´s earthquake and reconstructed afterwards.

With several chapels and altars, it has a good painting collection. ​

Closed to traffic since the flooding of 1989, this old bridge may be crossed by foot, linking both sides of Gilão river right in the center of town.

It is one of the city’s landmarks, but, though initially built in the 3rd century, this actual look comes from the 17th, so “Roman” is just an historic name.

I like the centre of Tavira – it shows modernity with respect for tradition, it has commercial activity without the stress of many other cities, it is touristy, but… not much.

Browsing the outskirts of town I found a group of men producing salt by the traditional ways.

It was nice to see (southeast of the city, closer to the sea), but with such a hard work, I don’t know if they can match the market’s price for long.

Back to Tavira page
in Tavira
| Tags: South area, To see