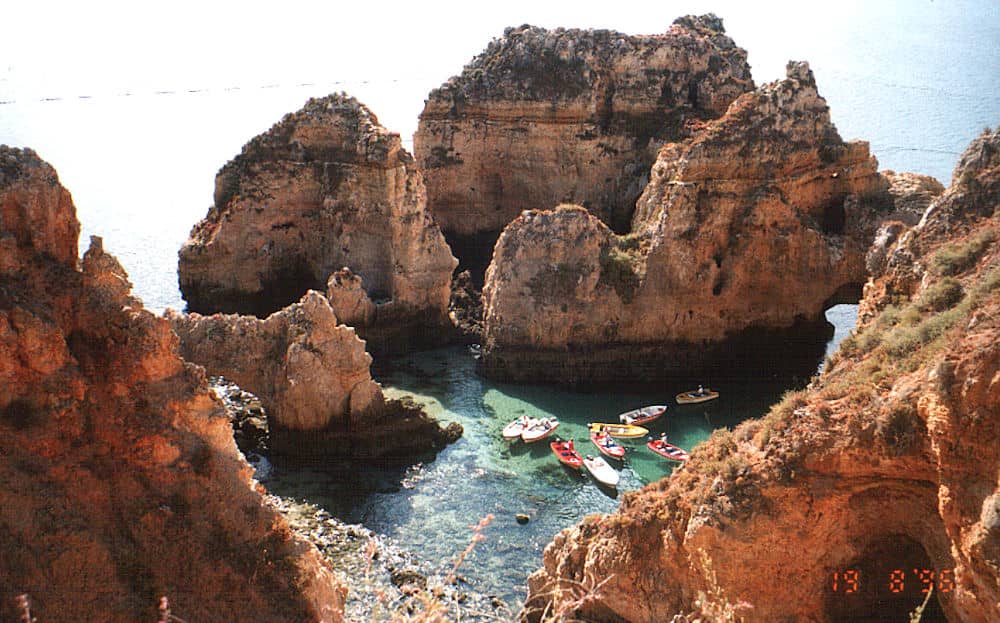 This is the town that is surrounded by some of the most beautiful beaches of Algarve, being also one of the areas where foreigners exceed Portuguese all the year round.

Of course, any visit to Algarve must include Lagos, one of the top places to stay, however, the water in the eastern side of Algarve is generally one or two degrees warmer, which means that, for Fernanda, Lagos is only a beautiful place to pass to or from her Algarve.

If I had to elect the best location in Algarve it would be – Lagos.

For me… Lagos, but you’re allowed to think differently.

Lagos is surrounded by some of the most beautiful beaches of Algarve.

​Dona Ana is one of them, at walking distance from town, but for a frequent use, you’d better find accommodation in nearby hotels and apartments, or to use a car (parking is paid and difficult).

Built in the 13th century, the castle was seriously damaged by Lisbon’s earthquake. A recent effort in reconstruction rebuilt several hundred meters of walls, respecting their original doors and towers.

You know that, once, we had a king who took our army to a battle in Morocco, where he was defeated and killed, losing our independence to the Spanish in 1580 (if you didn’t know now you do!).

In revenge someone decided to build a statue in Lagos. Very appreciated by some specialists, I call it the hockey keeper, and think that it is king Sebastião second disaster.​

My picture is the third disaster. It’s not a revenge, only age and technical mistakes.
​
Fun Alternatives: If you have time, between two beers in nearby bars, try to ask someone the whole story of the statue, or translate the text in Sebastião

Back to Lagos page
in Lagos
| Tags: South area, To see