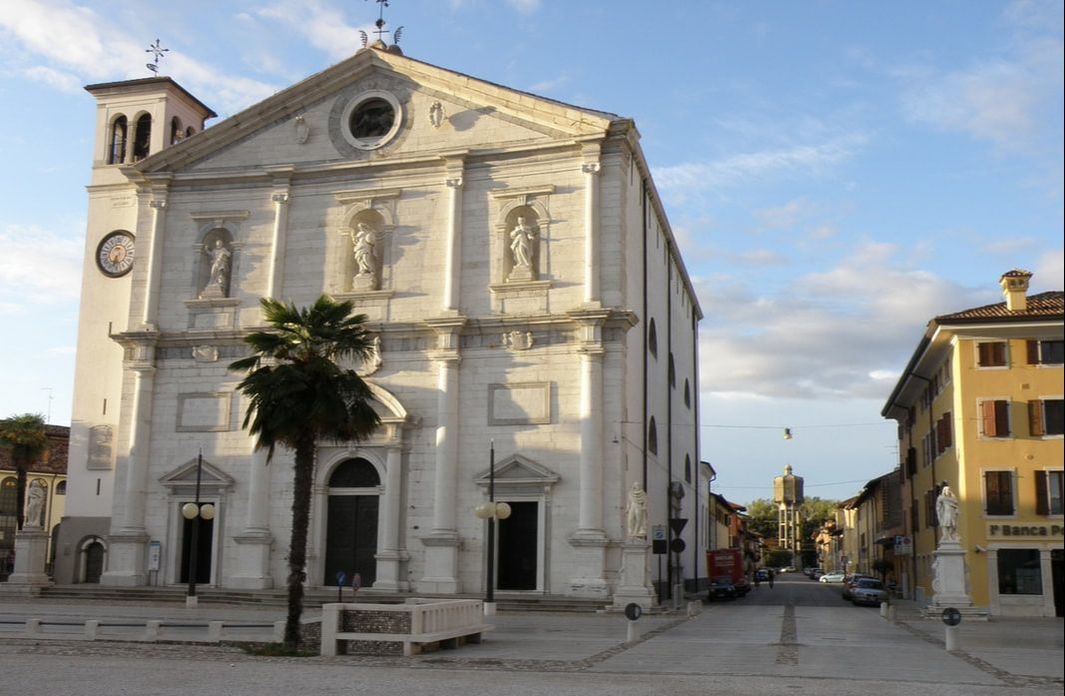 It was not in my plans, but, in the way from Udine I stopped there.

​It is interesting, with its hexagonal plan inside the walls.

It’s very original and simple, the conception of the city – a large hexagonal square, with six streets starting from it, three of them to the city’s doors the other three to the ramparts, connected with concentric streets forming successive hexagons.

​It’s impossible to beat Google Earth, in a photo revealing this structure, but… we have Google Earth, and, being there, we may add some details.

In 1500, preventing Saracen raids, the Venetians sent Leonardo da Vinci to Friuli to study the defence system on the river Isonzo and at Gradisca.

The fortified town of Palmanova, built in 1593, is one of the more important and better preserved examples of late Renaissance military architecture.

​Since then Palma was ruled by the Venetian until being conquered by Napoleon.

After Napoleon’s fall Palmanova was disputed by the Habsburg empire and the Austrian, until its final return to Italy in 1866. The defense system consists in three walls built along the centuries to answer to the successive menaces as the weapons were being improved:By the end of the XVI century, the use of artillery demanding wide, low and strong ramparts justified a first defense circle, surrounded by a moat, with nine arrow-shaped ramparts linked by nine straight walls.

In the 17th century another 9 ramparts were added outside of the moat.

​Finally, in 1806, Napoleon ordered the third defense circle, far from the city, to keep artillery as far as possible. It is without surprise that I found that it is UNESCO heritage. Of course!

Facing the hexagonal large central square, the Cathedral was begun in the beginning of the 17th century and finished in the middle of it.

​It is a wide space, without any columns, which means that it is easy to see at a single glance the three chapels of the choir, the four side altars, the organ with the chancel and the suspended pulpit.

With the strong advertising in Lignano Sabbiadoro, and in all the ways around it…

With the need to pass there to visit Udine…

Could I ever escape this mall? Impossible!

​We went there, and felt like in Portugal since in Carregado, near Lisbon, there’s an outlet named Campera that seems made by the same architect.

​Or, maybe, the outlets start seeming all alike to me!

Still in the city

Fortunately, we didn’t waste much time there – Fernanda is not too interested in outlets, the visit was only a kind of obligation – and, after a fast sausage in a fast restaurant, and a fast general look of the shops’ entrance (90 they say!), we had a fast retreat.
​My revenge – The visit of the city. I won, this time.

in Palmanova
| Tags: To see