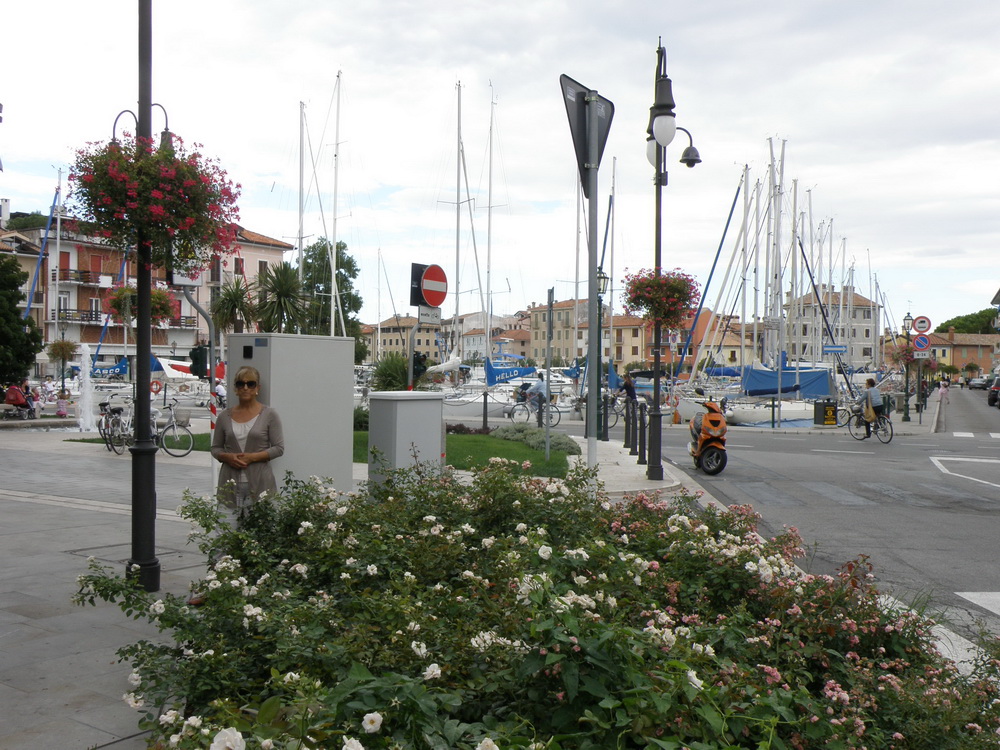 ​I was in the neighbourhood, spending a week in Lignano Sabbiadoro, and this visit was… mandatory.

It was a quick visit, but we used well our short time.

This interesting church is one of the oldest christian churches in Italy, built part of it in the 5th century and the other in the 6th.

The architect who recovered it in 1924 tried to respect both works, showing a church with two different levels.

​To the right a lower corridor filled with mosaics, remains from the first church, while the main construction comes from the second one.

Located in the historic centre, the “Campo dei Patriarchi”, this is Grado’s main monument.

​A byzantine church, used as cathedral until the 15th century, it has interesting mosaics, frescoes and silver paintings.

Standing at the mouth of a large lagoon, its is not a surprise the big and safe marina that unfolds close to the centre of town.

​Easy access, easy parking, easy supplying, but the shallow water in the lagoon only allows boats until 20 meters.(I can’t take mine there!)

Grado is mainly a beach, however, staying in Lignano Sabbiadoro, we didn’t go there to use the beach, but only to… have a look.

It is a wide and calm beach, too calm for us, in mid September, announcing the arrival of low season.

The big laguna is a world for itself.

We stayed at the other end of its mouth, at Lignano Sabbiadoro, and needed to drive almost 80 km to reach Grado. There are boat trips in the laguna from both sides, but we found no regular boat linking both ends. Strange! I understand that being in Lignano the visit ot Grado is appealing, but the opposite doesn’t work, since Lignano is only a beach, without anything to add to Grado.

​There is a taxi service to three islands, expensive charter boats, so, exploring the laguna is not easy nor cheap.

In my way to and from Grado, my attention was caught by a distant dome. I had to check what it is.

Well, it is a interesting (it seems) “modern” church, built in the 18th century in Romanesque style, to replace an older one, built in the 5th century, and isolated in a island by the growth of the lagoon, since the 11th century.Unless you have you own boat, the only way to visit is to take a ferry in Grado, for a 20 minutes trip.