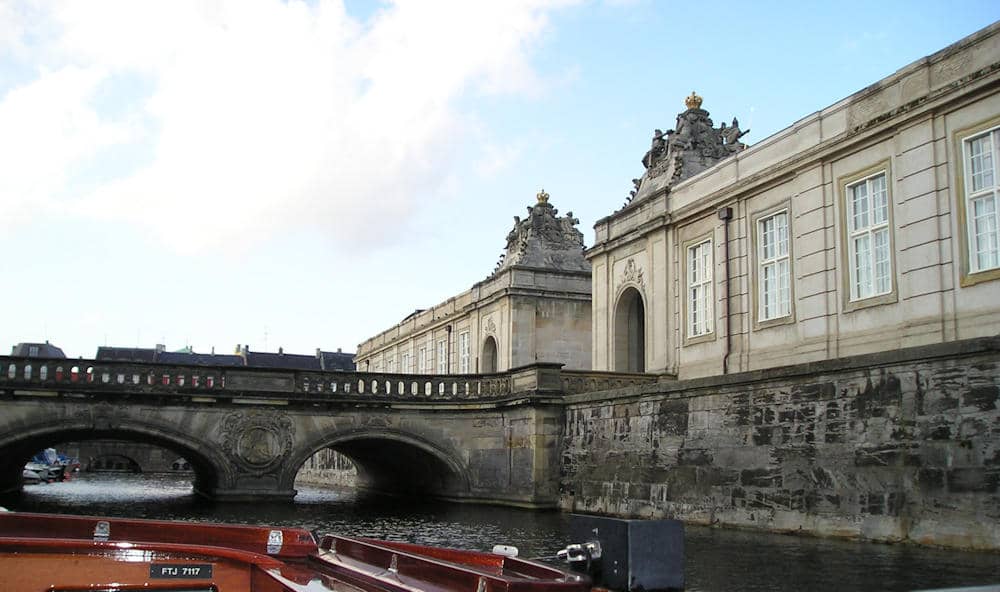 Sometimes human kind has things hard to understand. The beautiful city of Copenhagen, with lots of interesting sites and monuments, is famous for a common statue, almost forgotten, by the sea. Why? Why does everybody need to go there and make a picture by the insignificant object? Don’t laugh! I didn’t understand, but… I had to go there myself. And still don’t understand.

​Mermaid? ​Forget it – Look around

I think that the famous mermaid is the least interesting thing, several kilometers around. So take my advice: when you go there (because you will, like everybody else…) use your time, looking around: the harmonious strength of a fountain, the calm of the park, the art pieces on parade, and… yes, somewhere by the canal there’s a little common statue that… you know!

With the largest church dome in Scandinavia (and the fourth in Europe), with 12 columns covering a circle of 31 meters, this church was built during the 18th century, with a new version opened in 1894. A funny story – Kierkegaard was very critical about the official church, and ended… buried in a church. There!

Built in the 15Th century this is the oldest university in Denmark. Now distributed by four campus, the classical one, in the centre of the city, keeps working, and composes a well balanced complex.

The main Danish cathedral stays close to the University, in Vor Frue Plads. The present building dates from the 19th century, in Neoclassical style, but it has a long story of successive damaging and rebuilding since the first construction in the 12th century.

A big lively square enhances the palace of City hall. Too dark and heavy at first glance, a closer look reveals a harmonious building, with fine golden details. Only with one century, it was inspired in Siena’s City hall.

Built in the 17th century as an observatory to the university, this high tower is accessed by a spyral ramp, more than 200 meters long. With a small planetarium at the top, this is the oldest european observatory still working.

I was surprised by the modesty of this memorial – close to the cathedral and the beautiful building of the university, it risks to pass unnoticed. I understood that Denmark had other wars, and WW2 was not so dramatic for them as for many other European countries, so discretion may be a wise idea.

Though the splendor of town is naturally enhanced by sunlight, in a good day, dusk softens the colours, and allows other sensations from the fading landscape. Under the dimmed lights everything gets more intimacy, another life comes out of the buildings as artificial light changes their expression, and a sense of tranquility spreads over the city.Who cares if, somewhere in the shadows, there’s a little statue of a mermaid that…

Address: Located along the Canal and the Harbor

The main avenue in Copenhagen is a pedestrian succession of shops, with all the expected brands. PS Funny thing!I’ve been there again, without Fernanda, and I “had to” walk all the avenue again. This means that, once there, you can’t miss it.

The art collection
Two attractions in the Glyptotek: The building and the collection. An easy to see and interesting collection, because it is not too big, but includes many of the biggest names of European art, in painting and sculpture. Furthermore, the display is well conceived.

The building
In this nice building there was the risk of being distracted by the rich collection and not noticing the building itself. That doesn’t happen, because both the entrance and exit are done through the main lobby, where the architectural details are more remarkable. The oldest part of the museum, the Dahlerup Wing, housing the French and Danish collections, has a façade in red brick with polished granite columns in a Venetian renaissance style. The Kampmann Wing, more simple, is a neo-classical building, built as a series of galleries around a central and beautiful auditorium. Linking the two wings is the domed Winter Garden with mosaic floors, and tall palms surrounding a central fountain.

I can’t invite you in, because I’ve just lent this small boat to the queen. Anyway, central Copenhagen is an easy and pleasant place to walk. Let’s forget the boat and do it, however, if you like to have look (from the outside) I think that the Queen doesn’t mind.

I don’t know if there is something alike in all the world. For me, it was the first (and last) time that I crossed a strange men’s work that starts being a bridge and, suddenly dives into the sea to become a tunnel. Expensive toll, of course, but a clever solution and a different experience, putting Sweden only minutes away, without restrictions for ships.

The most comfortable way to visit the town is to take place in one of the low boats that navigate the canals, listening to the explanations of the most remarkable details of the monuments and public places. If, in the beginning you may complaint for the low level of the boats, that sometimes impeaches a good sight of the buildings, but you will finally discover, passing under some bridges, that they have exactly the centimeters allowed by the space. And… mind your head…

Address: Located along the Canal and the Harbor

Churches need to live, and donations are not always enough. In Coimbra I know a coffee shop sharing the building with a historic church, but this seems to be a different solution, with the shop really inside the church. I had no time nor enough danish to explore the situation.

We are blessed in Portugal by a bright sun during almost all the year. This makes us surprised by the ingenious solutions found in the north to… catch the sun.

The advanced windows and balconies may be common to locals, but they call our attraction, and helps us to recognize the importance of our lucky weather.

Back to Copenhagen page
in Copenhagen
| Tags: Memories, To see, Transports