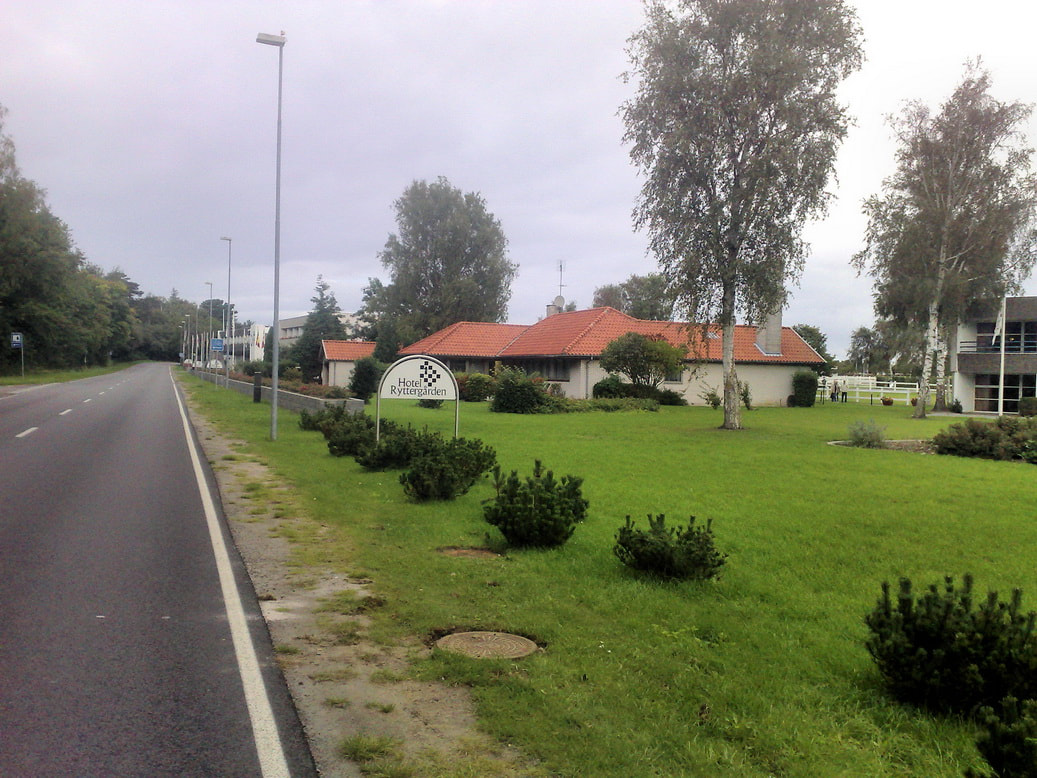 Eat and Sleep in Ronne

I only needed a dinner and a bed, so I booked this hotel, because it was close to the airport and cheaper than the alternatives.

Dinner failed (I had to rush elsewhere because restaurant closes early) but the room was OK.

Comfortable, clean, quiet, even the pillow was almost like mine, and those who travel know how this is important.

I really do think that good eating starts in Paris, going south, getting the top in Portugal.

(No, I’m not chauvinist, I know that until twenty years ago, Portugal was one of the worst countries in Europe to eat, but when we started to understand the potential of the Mediterranean food, the progress was fabulous. In taste, variety and healthiness, we are in the top, only presentation needing evolution).

Another problem that we feel in northern countries is… time. The day ends later in the south, and dinner is usually around eight, sometimes later (in Spain 10 or 11 is normal). I had big problems managing meals time in Denmark.

The first of them right upon my arrival – the plane arrived past eight, and getting to my hotel, the restaurant was closed.

They suggested me to try Radisson, hundred meters apart, that used to close later, at 9 PM(!). I rushed there, arriving almost at closing time, decided to eat… something. Well, I had a very good steak, a good wine, served with gentleness, in what has been my best meal in Denmark. The price… well, who cares?

If you come from the south, like me, be careful about your meals’ time.

The adventure of my arrival to Ronne was not the only ine.

​A few days later, in Nexo, I had trouble finding a restaurant at… 7.00PM.

It’s important to go up north to really appreciate our lively south, where you may eat almost 24 over 24 hours.

Back to Ronne page
in Ronne
| Tags: Hotels, Restaurants, Warnings