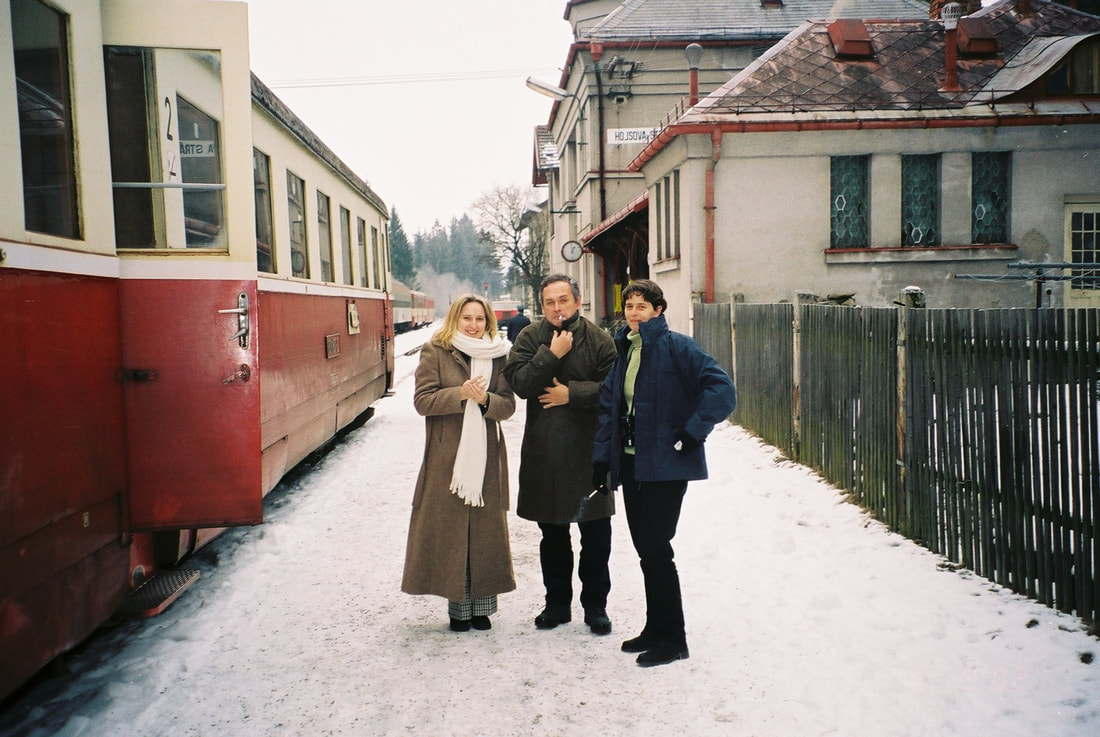 We made the trip from Zwiesel, in Germany, to Prague by train. The second leg of the trip, from Klatovy was made in a modern train, with all the conditions and respect for scheduling. But the first leg was… special. In the border, crossed on foot carrying the bags in the grey freezing morning, we took a small train, with two carriages, only one of them heated.

​The train followed slowly, stopping quite often, to exchange people carrying skis. At one of those stops, my friends went out to smoke.

After a few moments I noticed that the controller of the train, was standing behind them, with crossed arms, just… waiting for them to finish the cigarettes. Having no idea of the language spoken by those strange foreigners, he didn’t even try to use signals. Just wait. After my warning, everything ended in big smiles, and the train could finally proceed. But it was a funny scene: the 3 Portuguese who stopped the train to smoke. Unbelievable!