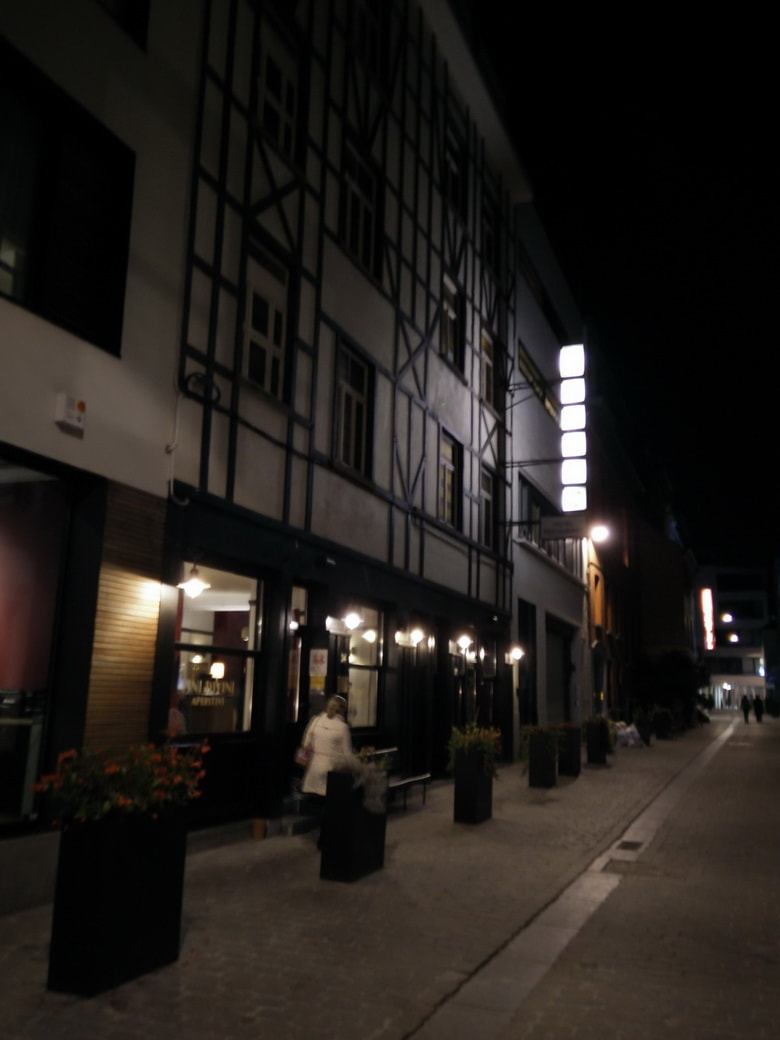 
I was afraid when I booked it, exactly because the lower price, in comparison with the similar places, should have a reason. I couldn’t find it.
It was the easiest to find, for Fernanda, in the world: hop off the bus facing H&M, walk a few metres to Zara, and turn right. Just in the middle of a good commercial area, close to the transport hub of Porte de Namur.
The hotel was old, but it was recently refurbished, with a modern look and good taste. The bed was extremely comfortable, and everything worked fine in the bathroom.
Breakfast, not included, was pricey – the buffet had the essential, but 14€ was too much for it, and that was the biggest of the negative impressions, the other being the size of the elevator and stairs.
Now they announce 10€ for breakfast if booked online. That’s new, and that’s fair.
I will have no doubt to stay there again, if needed.

“Probably the oldest inn of Brussels“, as indicates in its opening dated 1587,” L’Estrille du vieux Bruxelles ” is in keeping with the heart of a street deeply related to the past of the legendary Sablon and its vestiges of the first medieval urban surrounding wall.”

* Yes, that’s what we may read in the page of this restaurant where we didn’t enter, but whose facade attracted all of us instantaneously.

​I had to read about it, and the temptation is set: next time, dinner here and coffee at the “Entrée des Artistes” nearby, for a first class night.

Back to Brussels page
in Brussels
| Tags: Hotels