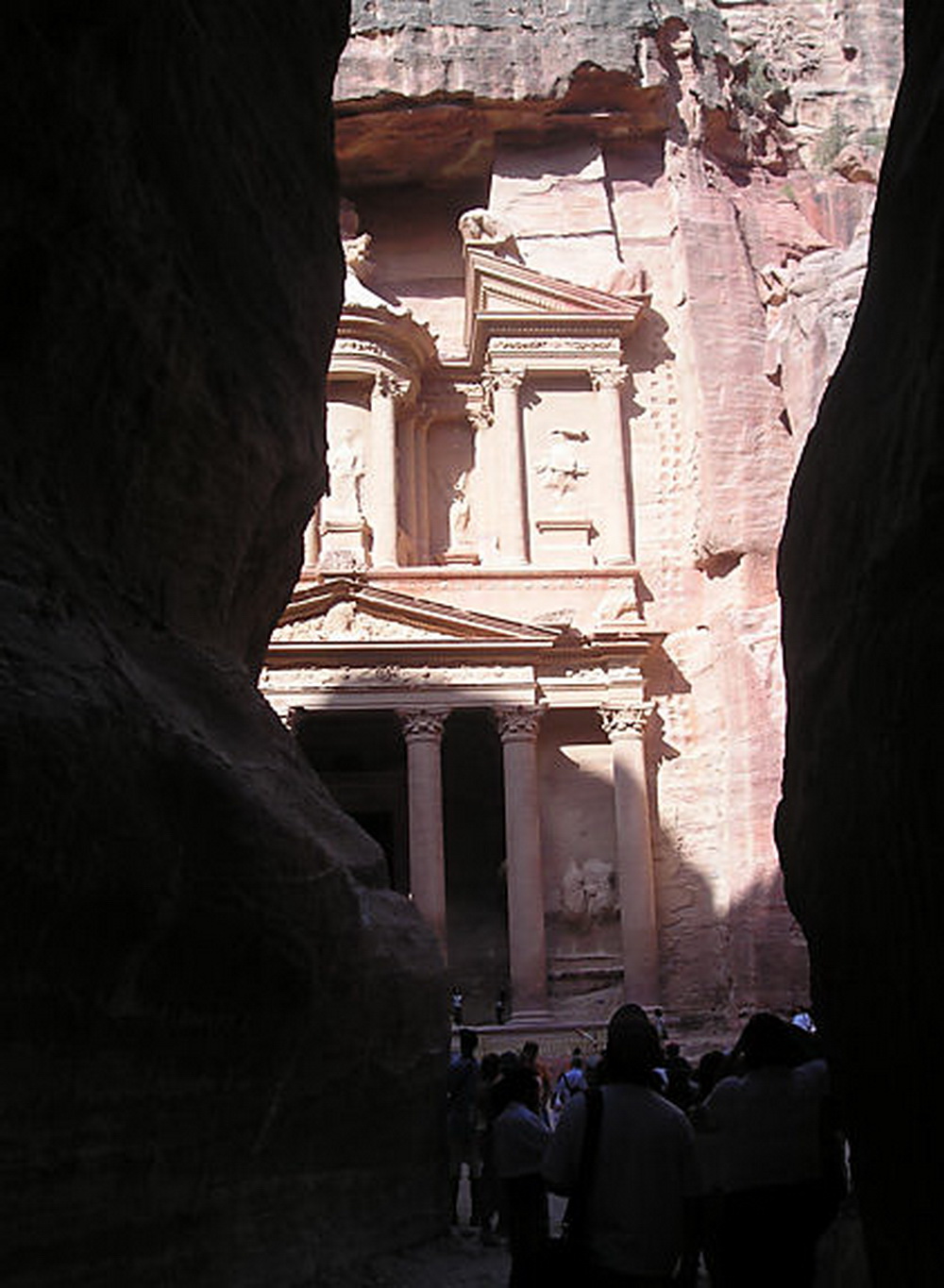 Jordan was a pleasant surprise. Standing in the Middle East it is not an oil producer, and, maybe, that makes all the difference. It’s a poor but organized country, where I couldn’t see the common contrasts between the chocking luxury and misery.

Social welfare seems to work, and tolerance is remarkable. Even the decision of blocking access to religious buildings to non-believers deserves respect. Tourism is not massive, and this gives the people the purity that enhances its sympathy and hospitality.

Don’t waste your time reading about the Dead Sea. You need to step into the water to feel it. But don’t miss it for nothing, and you’d better not stay too long. The salt and the sun are aggressive, and bathing is more comfortable in the Red Sea.

We stopped at Sweimeh, at the Government Rest House equipped with cheap lockers, showers and shades, with a restaurant and a shop of local products. We allowed ourselves time enough to have fun in the water and lunch, to buy some tons of creams and all that stuff, and escape from the furnace towards Petra.

Don’t expect me to say too much about Petra. It’s an absolute must see, that drags everybody visiting Jordan, because everybody has already heard about, seen in pictures or TV.

If you are a “quick tourist”, the kind that feels the place, sees the highlights, and move to the next subject, a full day will be enough for you, but if you are the kind of people that observes each stone and demands the full story of each building, then you will get old in place. Fortunately, the best areas have… shades!

Roman cities are not exactly a rarity around the Mediterranean Sea, but Jerash, for its size and preservation is a must see.

Close to Amman, it’s easy to visit and IT surely deserves the trip. Not only many of the old structures are very well preserved, but it is possible to see the evolution of the city from its Roman origins (also with a few older remains) to its destruction by an earthquake in the 8th century, and some adding of christian constructions.

​However, the most remarkable element is the oval square, once the roman forum!

Built in the 13th century over the ruins of a roman fortress, the castle of Azrak is today a new ruin.

Interesting to see the heavy basalt door that remains from the roman period, and if you dare to climb the apparently dangerous stair, and walk a while in the absolutely dangerous first floor, looking down you will have an excellent idea of the structure used to build ceilings and up floor pavements.

Noticed for being used by T.E. Lawrence, it deserves a stop if you should pass near the place. We had no time to visit the town and I got the feeling that… we should have.

Built by the crusades in a steep hill, and later adopted and adapted by the Muslims, this large fortress still shows signs of all their presences and transformations, giving an impressive idea of the strength of the castle and the complexity of all its structures.

The sights from the castle are beautiful.

A common small church in a common small town shows a large area of its pavement a mosaic from the 6th century, representing the map of the holly land.

As you may guess, most locals now live from producing and selling… mosaics. So, visit the church, a mosaic factory, one tourist shop, and… it’s done. But if you’re passing near the town, you should make the detour.

I saw in TV that Madaba mosaic tradition is larger than I was told, and that there are more interesting examples to see. If you’re in a package you may be forced to my situation, but, being in your own reserve some more time.

An absolute must go to religious people, just another place to the other, Mount Nebo is supposed to be Moses’s burial place.

A chapel was built covering the excavating site, and people keep on digging.

The pope visited the place (there’s a memorial), promoting its authenticity.

​The sights are… they say they are… the haze didn’t allow me to confirm it. Interesting mosaics inside.

In the extreme north, Gadara, an old and badly preserved roman city is the pretext to take you to Umm Qays, and let you have a look over the Golan Heights, in Syria.

Looking at that sterile hills, it’s impossible not to ask why all the disputes around it. The answer stands in the back: water. The Sea of Galilee, also called Lake Tiberias, gives birth to Jordan River and its valley. Its strategic control justifies the strong militarization of the area that confines you to the hilltop, and becomes difficult to see from distance.

After seeing the sights there’s still a Roman city to visit. But if you have Jerash in your schedule there’s no reason to spend too much time with it.

What a sensation, being drove in an old 4WD in that unique landscape.

That lasted for only a couple of hours, but it was enough to feel the desert, the adventure of vehicles sunken in the sand, the relief and hospitality of a Bedouin tent, and the comfortable expectation of a shower and cold drinks waiting us at the hotel.

What a surprise, the happiness and joy of my wife, facing the wind under the burning sun. But life is hard there, even with the income from the tourists, so common that it is hard to get out of the “beaten path”.

​Being at Aqaba, where four countries share a finger of sea, it’s a strange sensation. You are in a Muslim country, watching the skyscrapers of Israel, with Egypt in the background, and Saudi Arabia, at your left, and you understand the miracle of coexistence that the world must achieve to share its resources with so many cultures, religions, nationalities, and all the diversities that make the richness of mankind.

I arrived in Aqaba the day where some missiles where fired against the American army, but only a small agitation was noticed. Efficient police control captured the terrorists, and visitors were not disturbed.

The beach is not remarkable, and the reefs, a few kilometres away, seem strongly menaced by the pollution of such an intensive used of a narrow strip of sea.
So, if you are after the famous Red Sea fishes, you better try somewhere else (Sharm-el-Sheik, of course, as number one). But if you only search for a quiet stay, a warm sea, and the contact with a friendly and different people, then a few days at Aqaba will satisfy you.
And, of course, you have Petra and Wadi Rum only at a few hours distance. It is possible also to visit Israel. But… what for, we asked?​