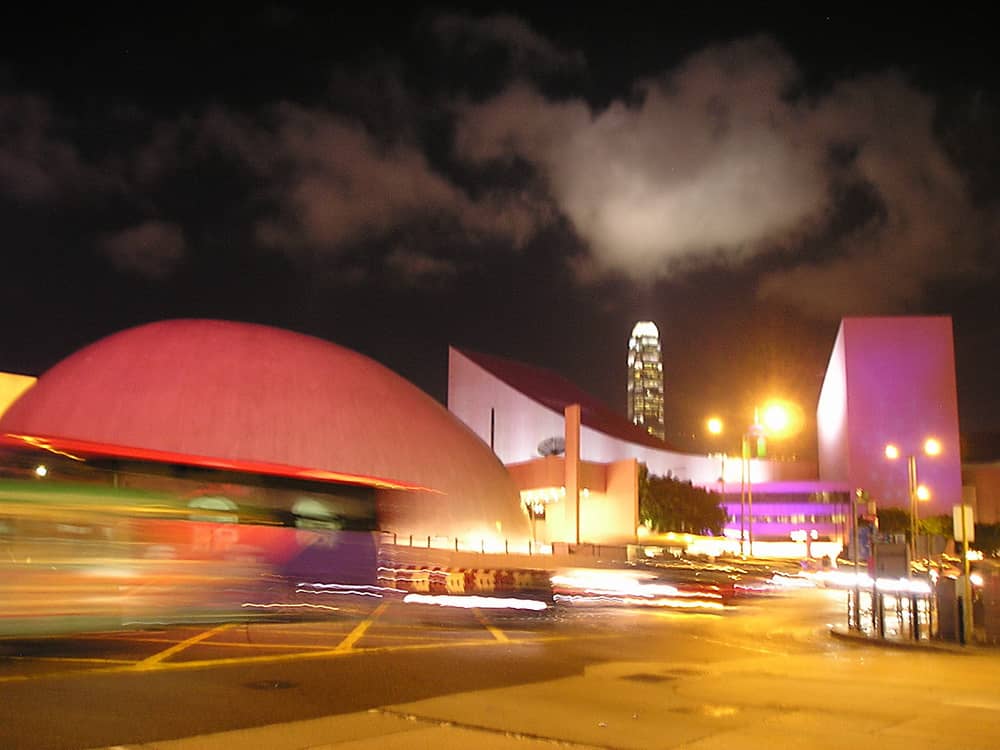 Modern and accessible
​
The most important museums of Hong Kong are concentrated in a modern complex by the bay, in Kowloon side, the Cultural Centre.

The most visited are the Art museum, still with a section in Flagstaff house, and the History Museum.

​Easy to identify and reach, it shares its part in the night Festival of Lights, around the bay.

Avenue of the stars

All local great stars are evoked, with statues and inscriptions celebrating one century of movies.

​The avenue is one of the best places to see the symphony of lights show.

It’s the only “monument” in Hong Kong that I had to see twice. Standing close to the hotel, it is a temptation to any woman, and I couldn’t escape it.

Being critical I would say that it is only a street market; being honest I must admit that it has something special – richness, variety, and all the life that it brings to the area.
​
Being confession time, I must recognize that I – me – myself – also bought a couple of cheap things.

One of the most interesting details in Temple Street Night Market is the long line of stalls with fortune tellers.

I thought that they were just a couple of them, being surprised by their big number.

Quietly standing side by side (without any remarkable demand), they are a good example of “Chinese patience”. No hassle, no shout, just waiting by their dimmed lights and precarious stalls. Funny, indeed!

The fastly growing city means the replacement of the old, colonial buildings by the new skyscrapers and modern buildings. Some of the old stuff is still surviving, and turning into landmarks, may, eventually be kept. That happens to the clock tower, once part of the railway station of Kowloon, and today… just a remaining tower.
Close to the cultural center, and Star Ferry terminal, it fits well in the square, while around it the word “tower” gets another meaning.

It’s a landmark in Hong Kong. At least, I couldn’t read anything while preparing my trip without the references to it.

Well, I didn’t stay there (too “cheap”, for us!) but stayed next door.

The location is so excellent as ours (or… well… even better) the facade is classical and beautiful, and limos do come and go. But I think that staying next door, we saved there enough to pay all the trip to Hong Kong.

One Indian tout in each square meter, large and small shops side by side, scams menacing all around, and Fernanda still angry because I only gave her time to enter 489 of the …. stores*

in Hong Kong
| Tags: To see